The 4th International Mardin Biennial, entitled “Beyond Words” and curated by a team consisting of Fırat Arapoğlu, Nazlı Gürlek and Derya Yücel, opened to the public on May 4, 2018.

Since its beginning in 2010, the International Mardin Biennial, directed by Döne Otyam and hosted by the Mardin Cinema Association, has received much acclaim both in its own region and on a global scale.

This 4th edition of the biennial unfolded in three interrelated sections: “Infinite Sight” curated by Fırat Arapoğlu, “Body Language” curated by Nazlı Gürlek and “Borders and Thresholds” curated by Derya Yücel. It featured works by an international list of artists exploring various ways in which meaning is created and communicated beyond words – through sight, body language and space. In other words, the exhibition was bring together those specific modes of expression that were central to art-making – the visual, the bodily and the spatial.

As in the previous editions, the aim of this 4th edition was to transform Mardin’s historical buildings into creative platforms where the potential for communal space and a common language can be experienced. The German Headquarters (Alman Karargahı), a Turkish bath, Mardin Museum Gallery, Arcaded mall shops (Revaklı çarşı dükkanları) and Carpenters’ Coffeeshop (Marangozlar Kahvesi) were used as biennial venues.


"Boundaries and Thresholds”, which is one of the three thematic subtitles of the 4th International Mardin Biennial, suggests that the artists’ works be read within a geographical, physical, intellectual, perceptional, intuitional and metaphorical context and within the framework of the concept of “space” as part of the scene of memory of limits, limitlessness and thresholds.

Be it concrete or abstract, the concept of “space” defines life from the standpoint of “boundary” in a geographical, physical, intellectual, psychological and existentialist sense as a formative element of individual and communal practices. The traditional limits of space can be conceived as forming the limits of culture and identity, of belonging to a certain space, of pertaining to the existential. This is because, in fact, the concept of limit is at the same time linked to the difference between “interior and exterior”. Establishing a limit is an act that embraces many possible meanings. It can be natural, or essential, or it can even a show of will and power. On the other hand, Georg Simmel’s following suggestion should also be taken into consideration: “man is not only a creature that establishes limits, it is at the same time a limitless creature.”1.

Globalization has, for a very long time, been eroded by new setups that are rapidly invading it as a result of immigration, displacement/being uprooted from place of origin, information, capital, as well as power, public authority, the culture of consumption, rent economy that are added on to the movement of people and objects as sustainability of memory related to space. Information, history, memory and identity, at a certain point, turn into a phenomenon that is in constant change independently from space. From the relationship of civilization with space, to the nation-state systems, and from the imagination of global internationalism to immigration-exile and displacement, as well as geography-the sense of belonging-identity, are all concepts that are constantly changing. Today, any form of “space” loses the qualities that render them special and turn into an ambiguity that fails to support limits that are believed to exist. Thus, would it be possible to view these limits that insistently appear in these ambiguous mid-spaces, and accept them as the concept of “threshold” that in one and the same stride unites or separates these limits from our minds to our bodies, from our relationships to the dynamics of our daily life, from vast geographies to cities as a potential medium of encounter? If boundaries are fields of “struggle” that need to be protected; then could thresholds create a kind of “negotiation” zone with whoever is on the other side?

A threshold can, at the same time be either a point of encounter or of separation. The convergence of two different worlds (these worlds could be construed as a concept physical space or that pertaining to the mind) a passage point between being here and there, of me and the other, of interior and exterior. The threshold, apart from being the “logical act of turning inside-out, is the meeting point of opposites, a passage, the point where the world is turned upside down.”2. As a region of mediation, as the potential for the act of passing, as a metaphore for encounters, the threshold promises us many things. Because, “encounter materializes with both the protection of a necessary distance (limit/border) and of passing through it at the same time… Thresholds can become the equivalent of space of a project for liberation based on negotiation.”3 Whether it constitutes our geographical borders, our personal and bodily limits, our limits regarding imagination and our creativity or boundaries posed on attaching meanings and our experiences on being others, the experience of “threshold” has the capacity to render possible a gesture of liberation.

The "Boundaries and Thresholds”, subtitle focuses on the concept of space within an architectural, philosophical, psychological, political and aesthetical context. The specific field of information and action of this context continues to appear as a strong medium of conveyance for artists. For quite some time artists have and continue to confront physical and mental limits and thresholds. "Boundaries and Thresholds” subtitle is searching its own limits and thresholds while including the viewer in the process of transforming it to an artistic form."

Exhibited Artworks within the subtitle "Boundaries and Thresholds 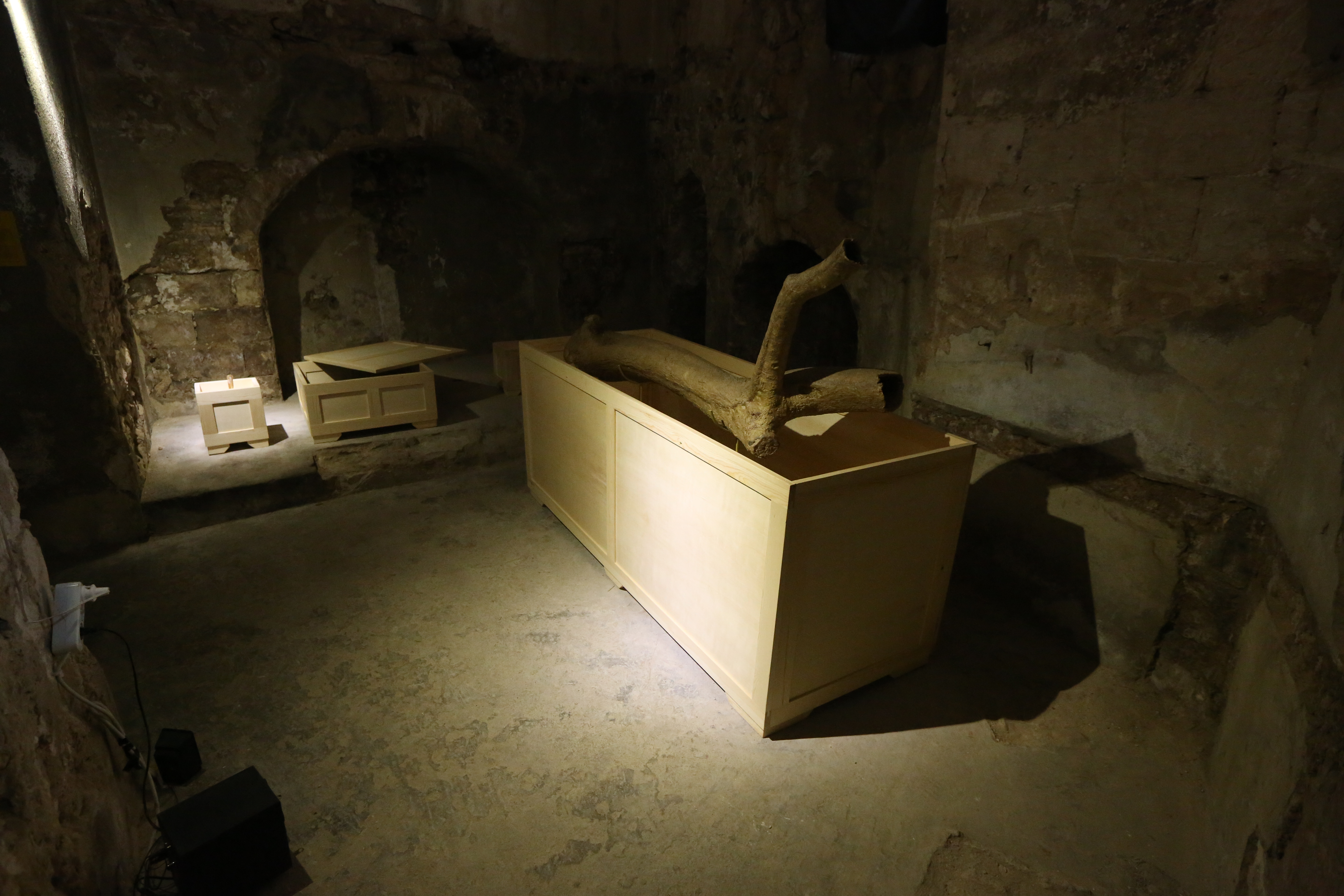 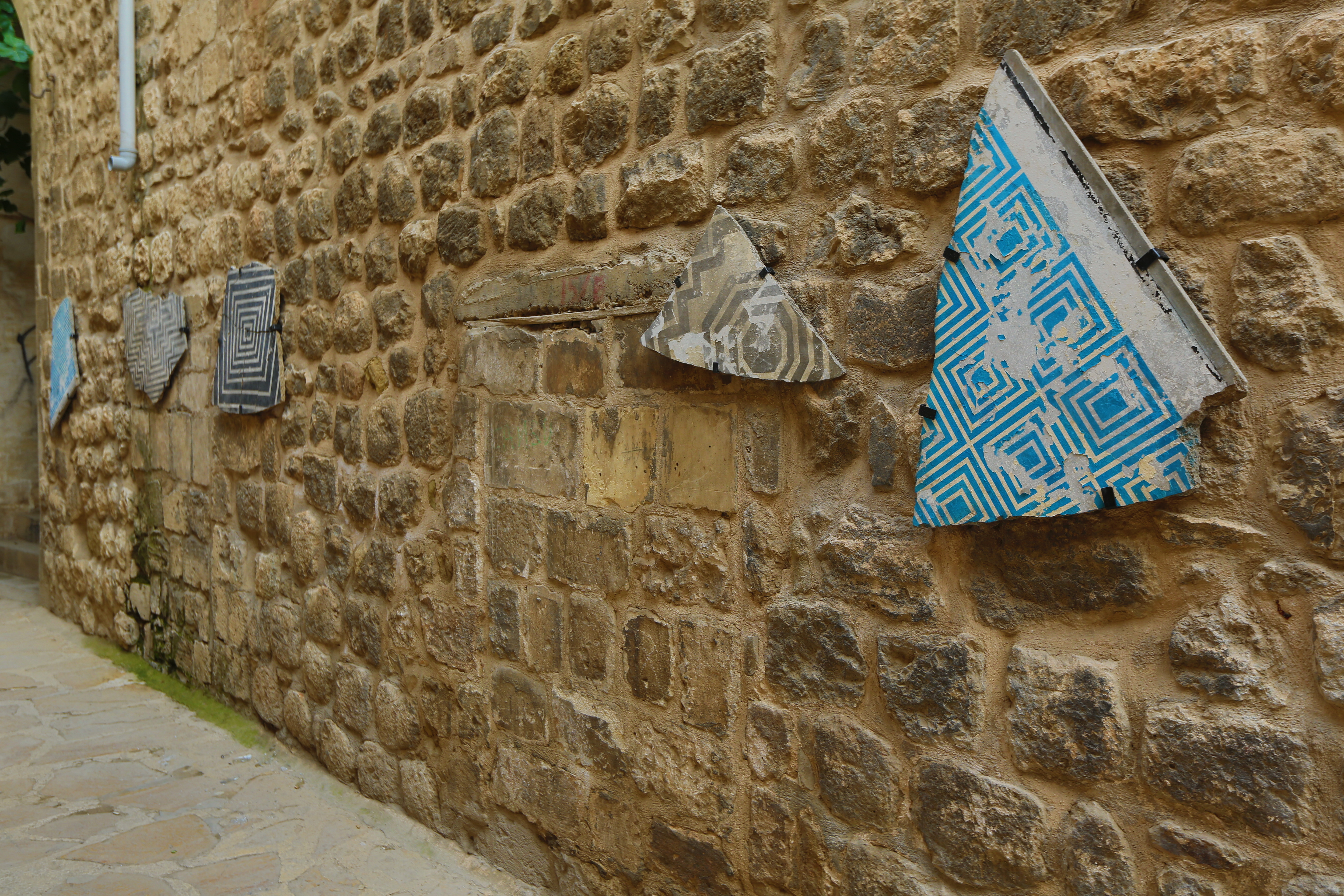 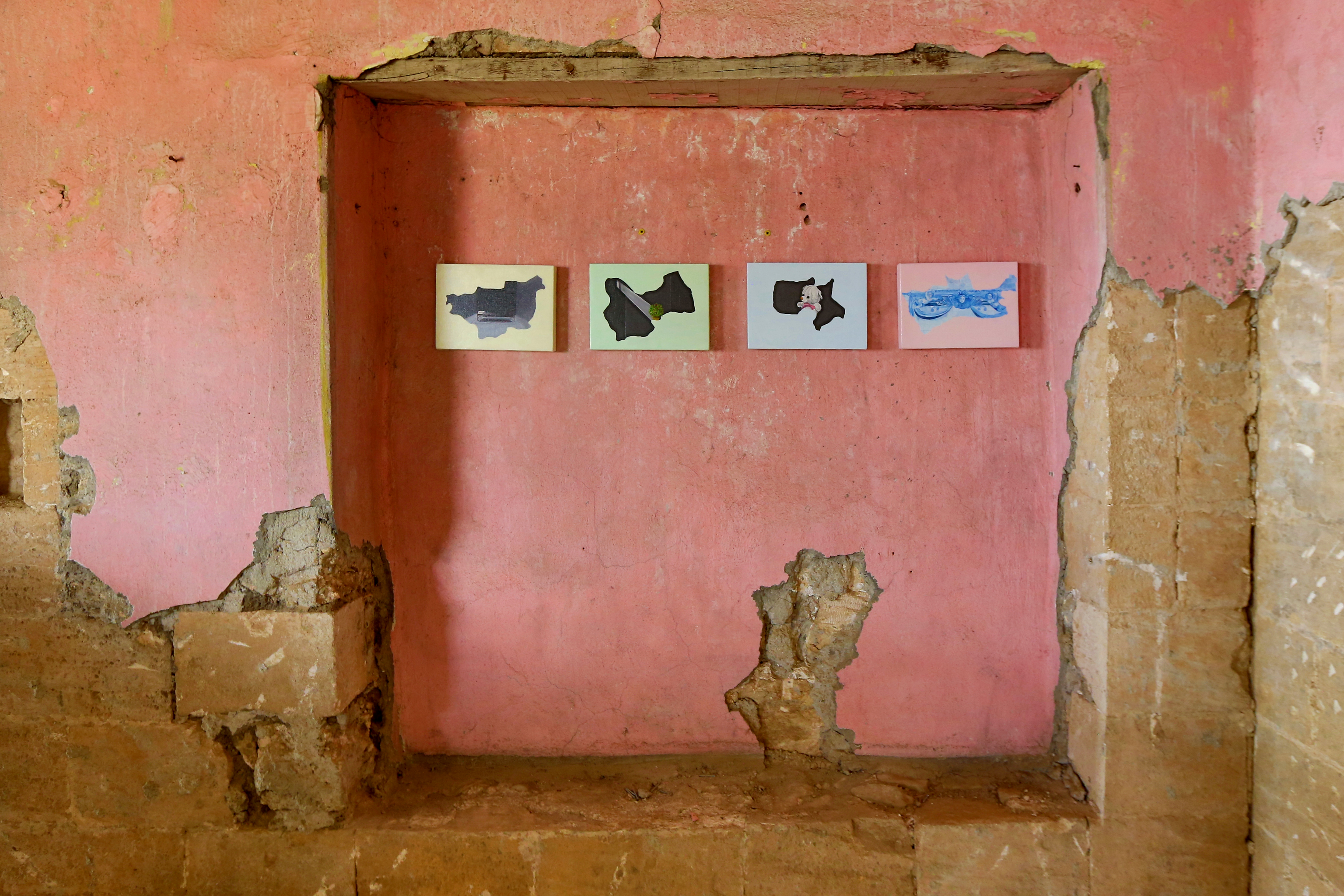 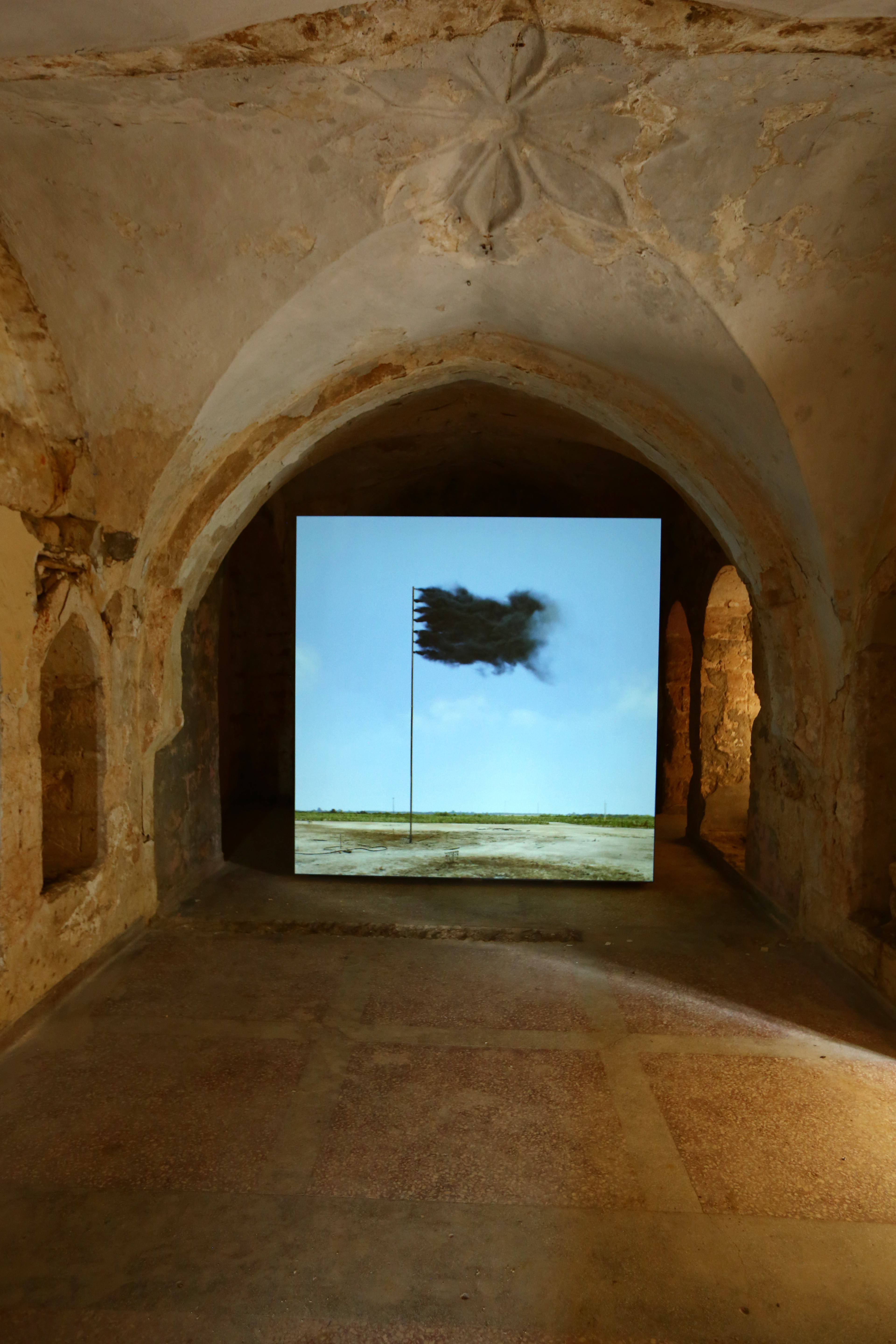 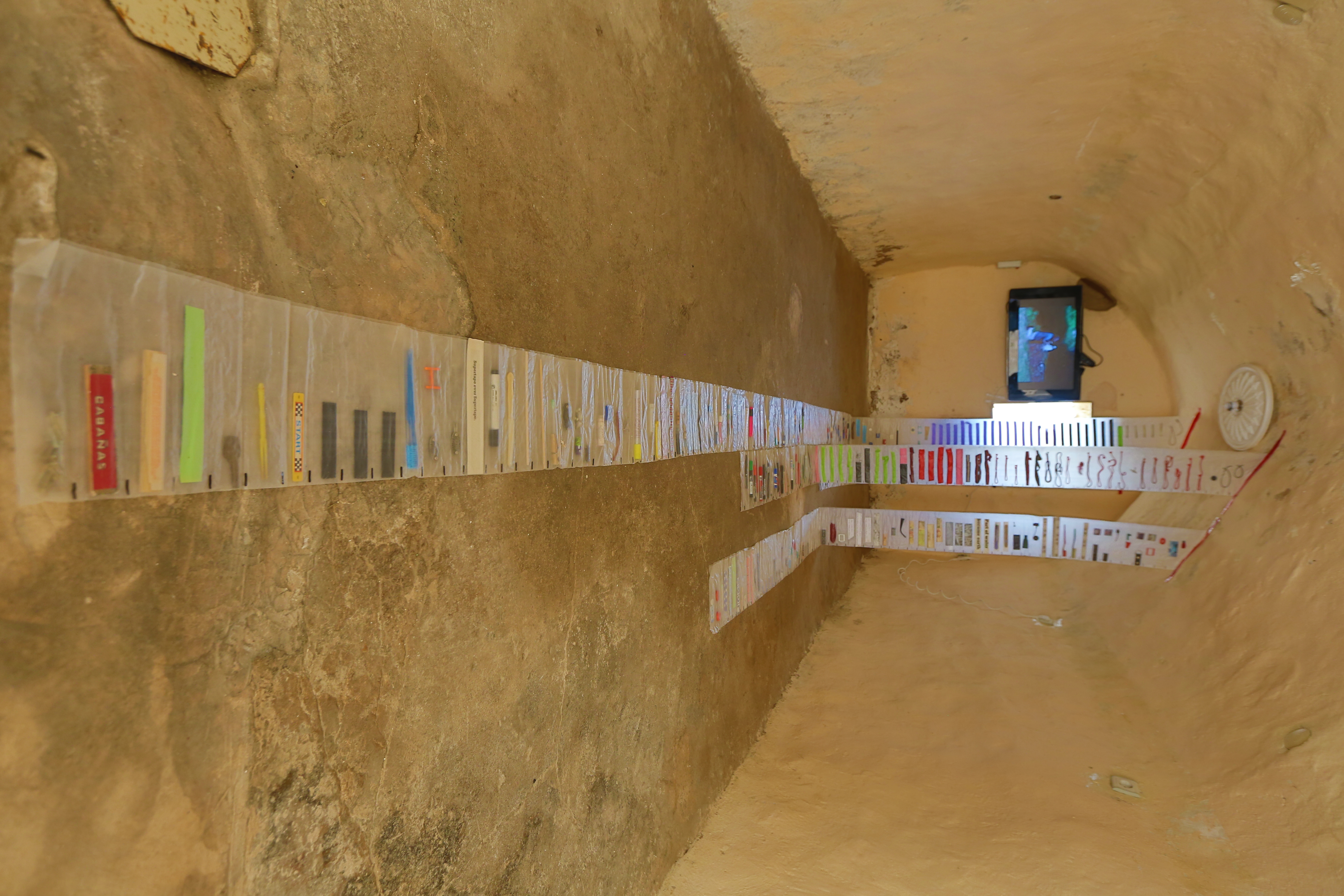 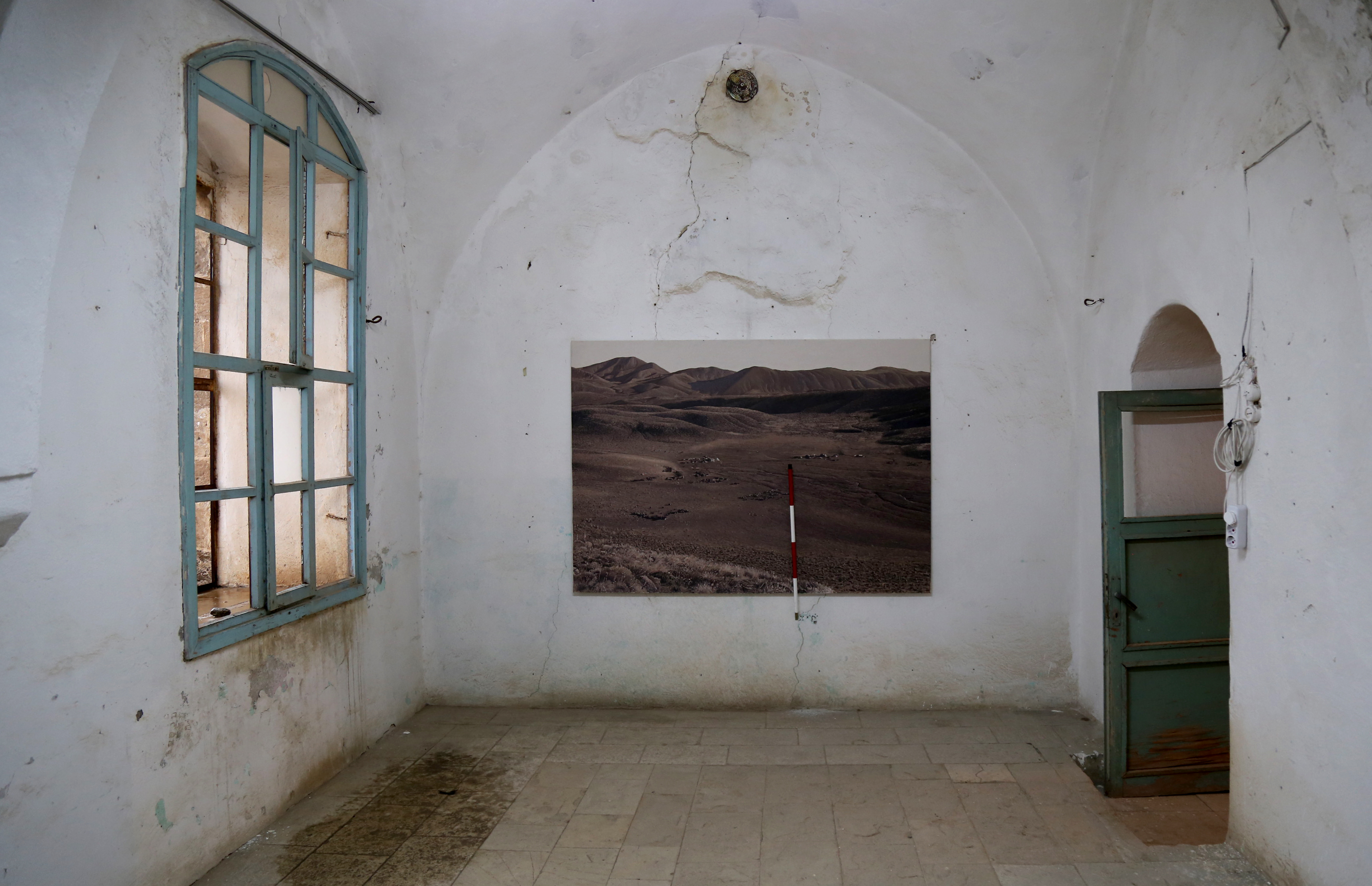 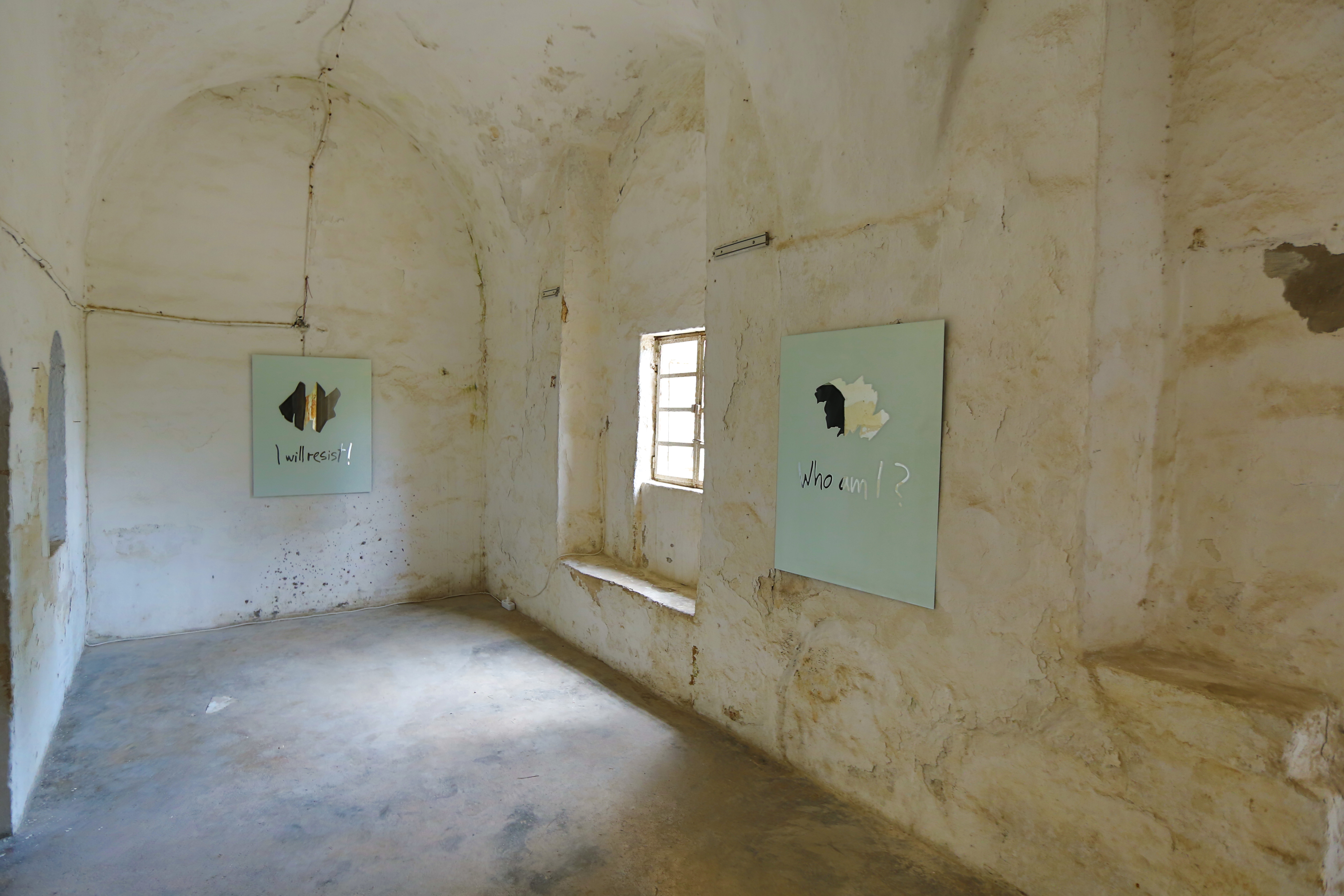 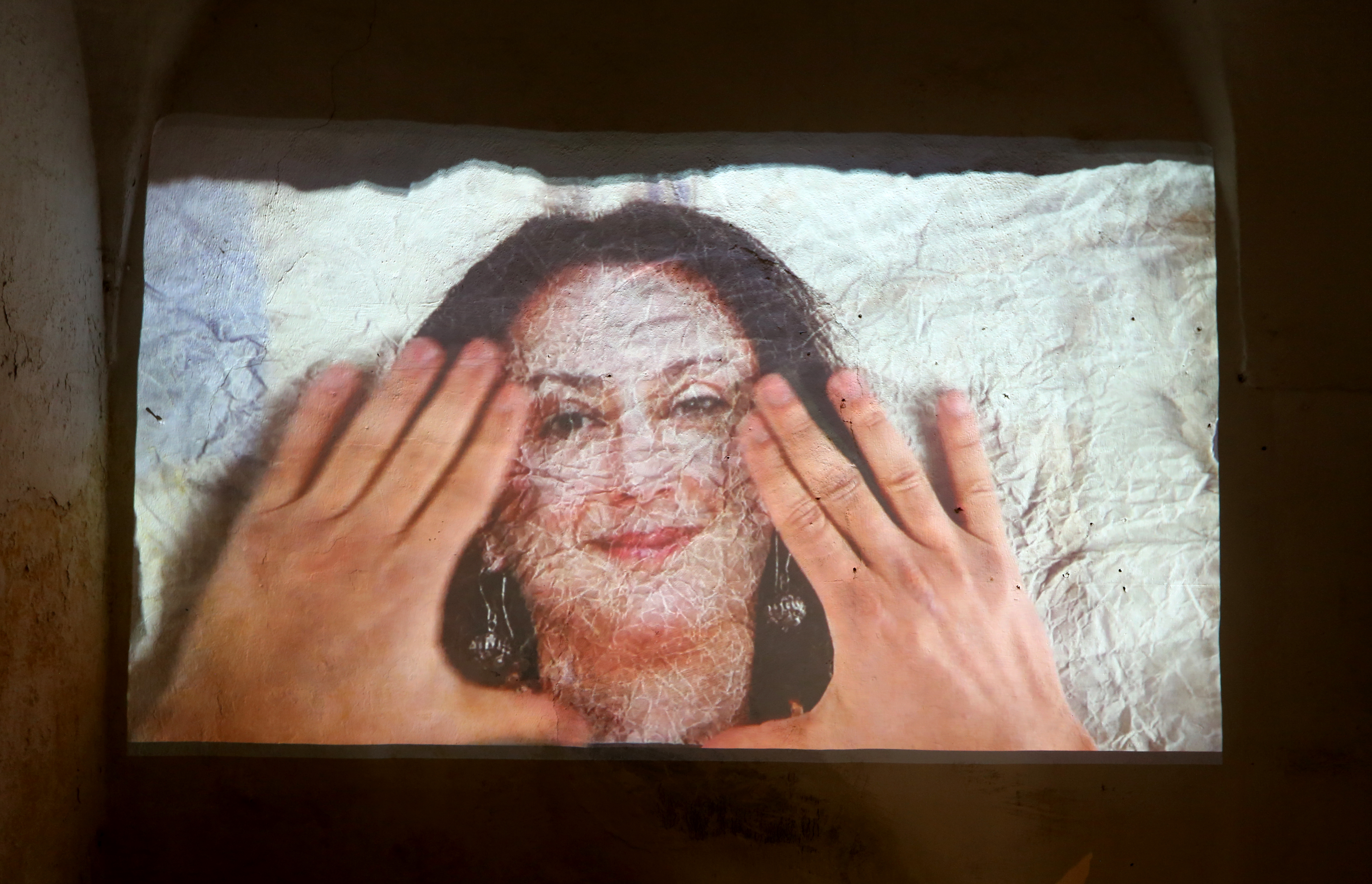 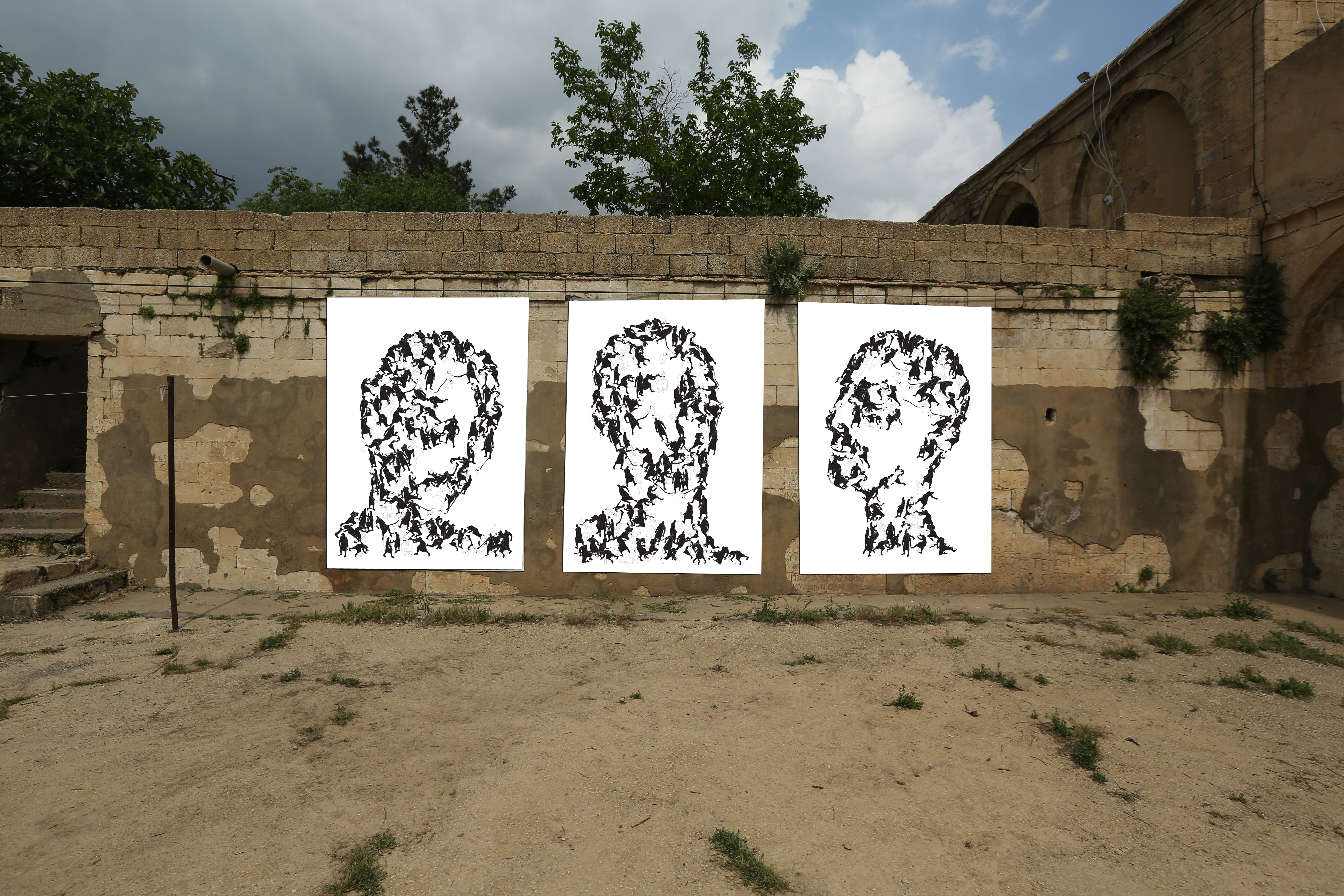