"CLIMATE OF ANOTHER UNIVERSE"

"We are trapped in a fault-line between incompatible worlds,
worlds that mutually repel and deform one another"[1]

Daryush Shayegan says that these fault-lines are our fate, which is unique to us and cannot be visited onto others. The author takes a historical and philosophical approach to the clash between East and West and Tradition and Modernity, building a critical perspective on various ontological epistemes that are entrenched in the subconscious of civilizations and determine their perception of the world. According to him, trying to move in the fault-lines opened by differences represent the two facets of the human's authentic experience in the world. Conflict or incompatibility either widens existing gaps, or triggers an attempt at linking/making sense of such gaps. The dichotomy can apply to any phenomenon in the universe, not just the inhabitants of Earth. East-West, Tradition-Modernity, Self-Other, Human-Nature... The possibility of dialog between different worlds depends on the critical confrontation of those worlds. The confrontation may occur by a profound sensation of the climate of another universe which we think we do not belong, or the undermining of everything that places us in the universe which we do belong.

Cengiz Tekin and Sedat Akdoğan’s joint work “Climate of Another Universe” speak of the agony of impending humanitarian, cultural, political, moral and political destruction that will wreak havoc on our world with humble poetic license and naive irony. According to the artists, deep rifts caused by humans, culture and history interrupt the flow between different worlds and create a bottomless foundation for the world. Consisting of four videos depicting the destructive power of humankind in a symbolic fashion, “Climate of Another Universe” is an interpretation that explores ontological, mental and physical boundaries while melding and blending different worlds, areas and systems. The videos in the exhibition adopts a narrative that negates with a poetic prophecy built on ironic language, while embracing the implicit critique of political realities or institutional apparatuses without resorting to slogans.

The first landscape of clashes between different universes to greet the viewer is the video titled “Future View” shows two operational concrete mixers that are opposite each other and try to hide in an idyllic landscape. This is not a representation of pristine nature; rather, it is that of nature defiled through the acts of humans. Nodding to the ambivalent relationship between humans and nature, “Future View” is a take on the ecosystem and ecological crises of the Anthropocene Age, where the relationship is irredeemably changed and the consequences of the change become apparent, from a social, cultural and political perspective. As a representation of the relationship between artist and nature, the landscape does not evoke the subline and untamed/wild sensations of nature. The landscape heralds the imminence of reckoning and destruction that is the result of the erosion of time, economic crises spawned by intensifying production-consumption relationships, and cultural disintegration accelerated by developments in information and transportation.

The phenomenon of death, interpreted in various ways by philosophy, theology and cultures, is regarded not merely as a biological ending, but a personal, collective, cognitive or existential loss. According to Baudrillard, the first instance of social control arose when the unity of the living and the dead was shattered, the flow between life and death was interrupted, death was denied its meaning and position in life, and death and the dead were shunned. The concept of "deposition of death" emphasizes the inappropriateness of meeting one's end in unnatural death and expresses the losses caused by wars, political or other violence, or racist, colonialist, sexist and other destruction. The videos “Full Speed” and “Sight of Unknown” refer to an analogy that may be constructed between death and witnessing, and suggest an alternative interpretation of death that goes beyond the dignity and hierarchy of death and touches upon different contexts, attitudes, observations and sensations relating to death. “Full Speed” is a race between two hearses that will end up at an unknown finish line. We do not know what awaits us or where the checkered flag is, and have no idea where we are positioned. We merely bear witness to the race as we are utterly ignorant as to whether we are the deceased, the next of kin, or the driver of the hearse. “Sight of Unknown” portrays the impossibility of witnessing death and people who have lived to tell the tale of death, and presents a detached look at one's final chapter in life. The perspective incorporates a mystery about the inexistence of transition between the living and the dead, and the impossibility of being a witness. The witness is the viewer; the viewer is the witness of the scene; and the scene is the sphere of representation. “Sight of Unknown” contains hope that social healing will take place with the representation of the non-representable, and its registration in the system of symbols. The artists train the face and gaze of the other, the ability to confront the burden of history, on the last journey, making a final attempt to look at you, at us, at them in a way that is reminiscent of how our own story will conclude.
As a metaphor for the unity of contradictions between birth and death or human and nature, and their potential to instantly transform into each other, the soil is the foundation of the video titled “Home”. In “Home”, the soil also underpins lineage, ethnicity and fealty as the common ground of all fragile phenomena, lives and deaths. The soil has always been viewed as the source of human existence and life, and a feminine metaphor that provides everything humans needed to survive from primordial times to pagan societies, myths and social rituals. “Home” also harnesses the perception that simply being grateful and respectful for the soil rather than waging heroic and masculine wars over it masculinity as "civilizations" are prone to do may be the key to righteous hope. The video depicts windows, some open and some closed, that are embedded in the soil in a cycle of motion that reminds the viewer of a flow between the past, the present and the future. Each window contains a story and is a metaphor for both freedom and captivity as the eyes or double-entendre points of contact for spaces where we seek shelter or are imprisoned in. Through these windows, the artists take a look at the dialectic of interior and exterior, the uncanny gap between the interior outside or the exterior inside, the soil we live on and the soil that we are buried in, and to the other side of where we stand.

In "Climate of Another Universe", Cengiz Tekin and Sedat Akdoğan walk through the fault-lines of different worlds in an age when the relations between human and nature, self and other, individual and society are going through irreversible change; they observe with a keen eye and interpret what they see. The artists do not simply refer to their impressions or interpret them in subjective fictitiousness; they live them in all their different climates and endless spaces. 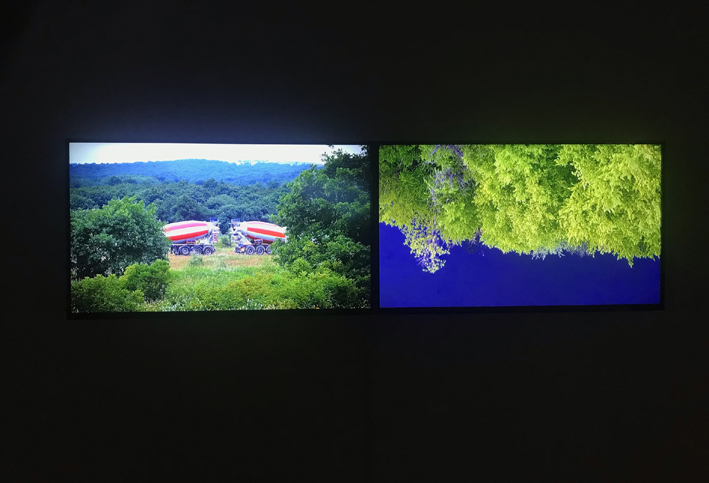 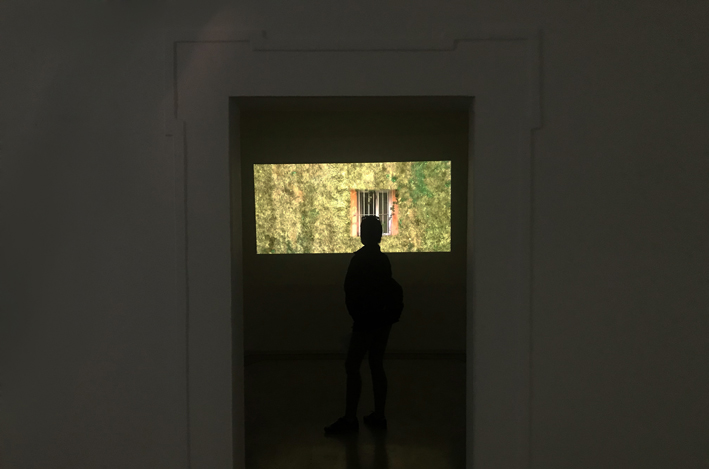 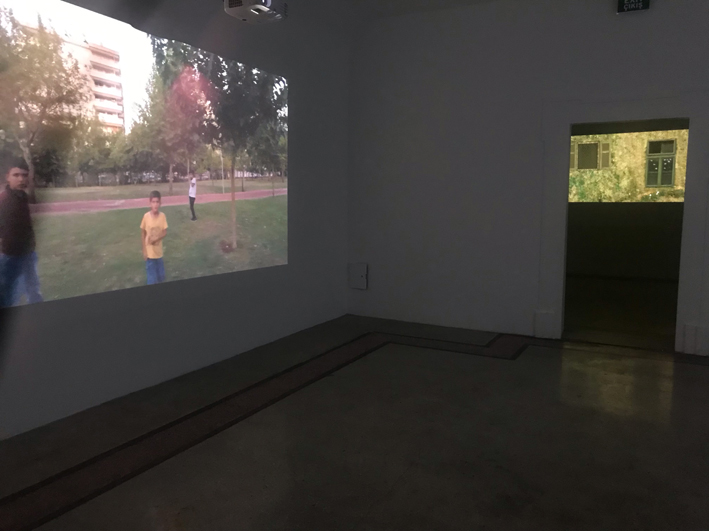 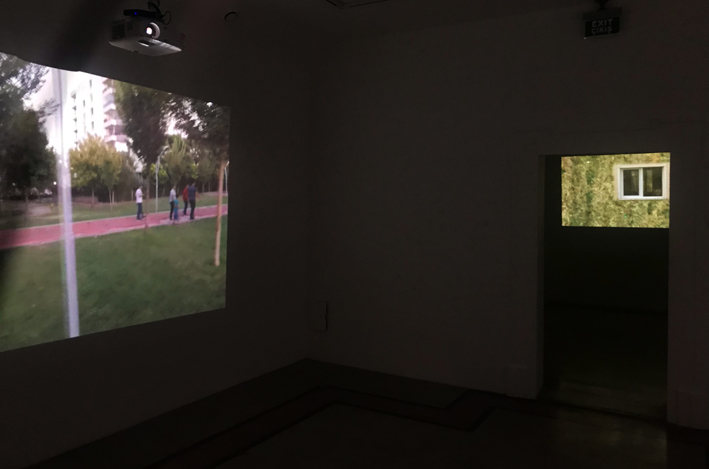 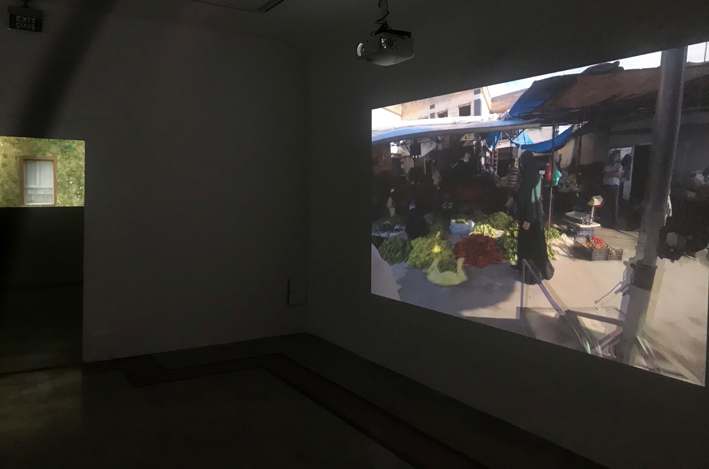 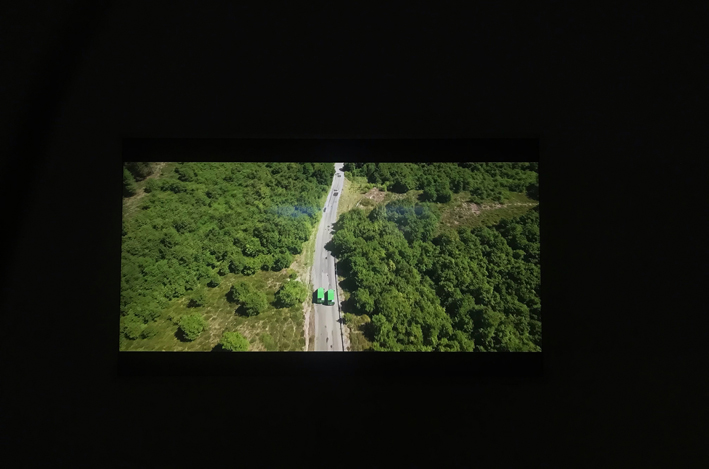 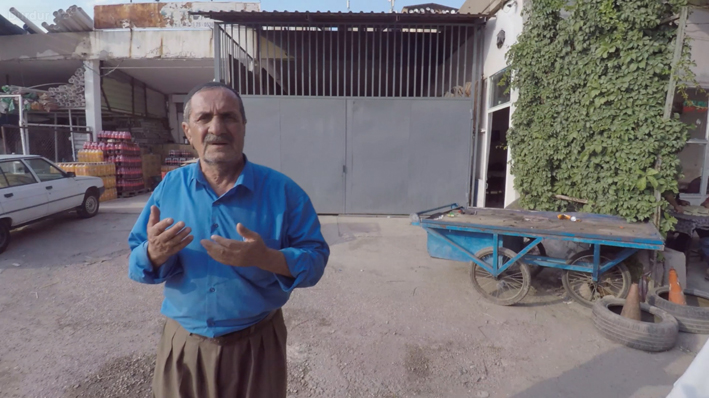 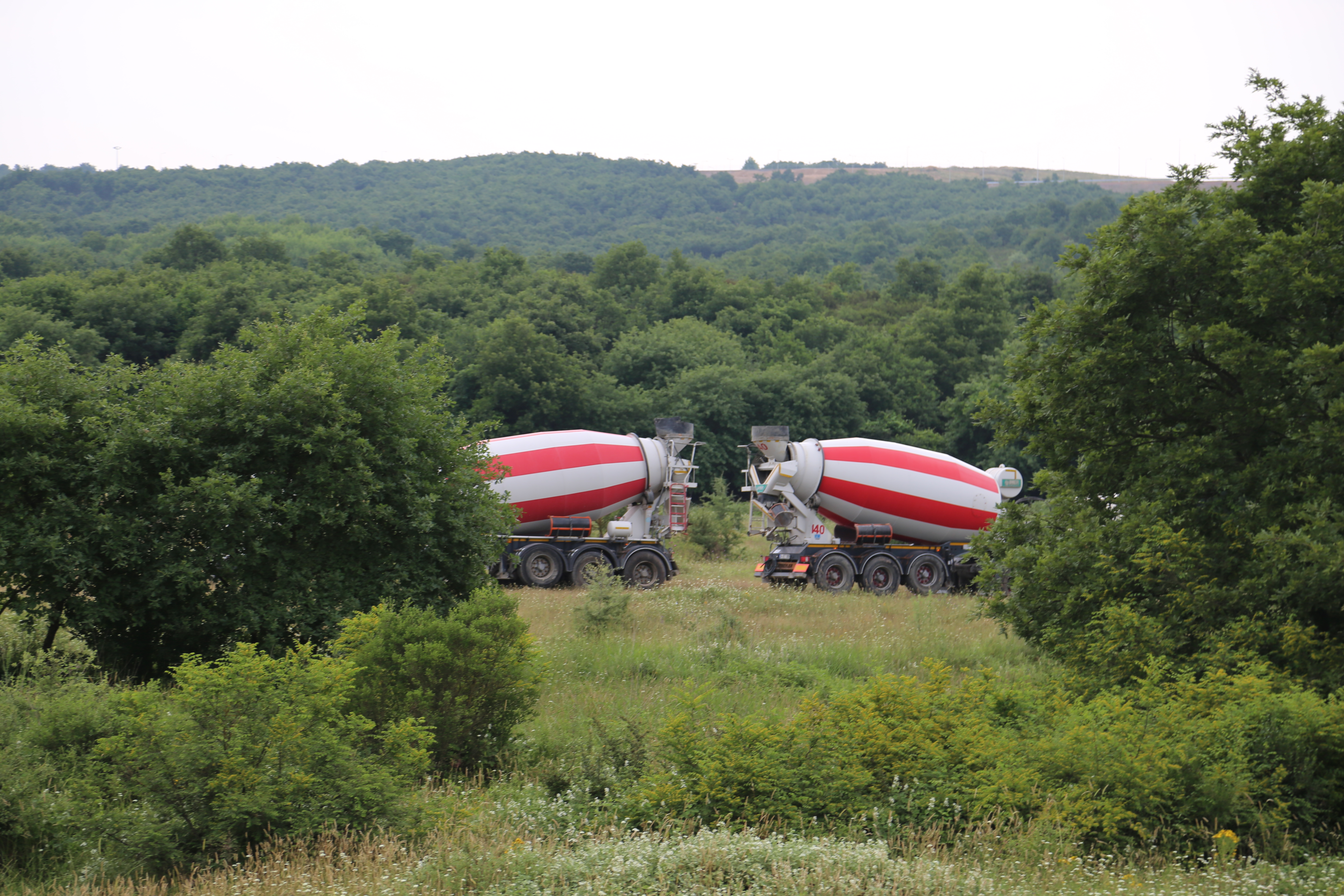 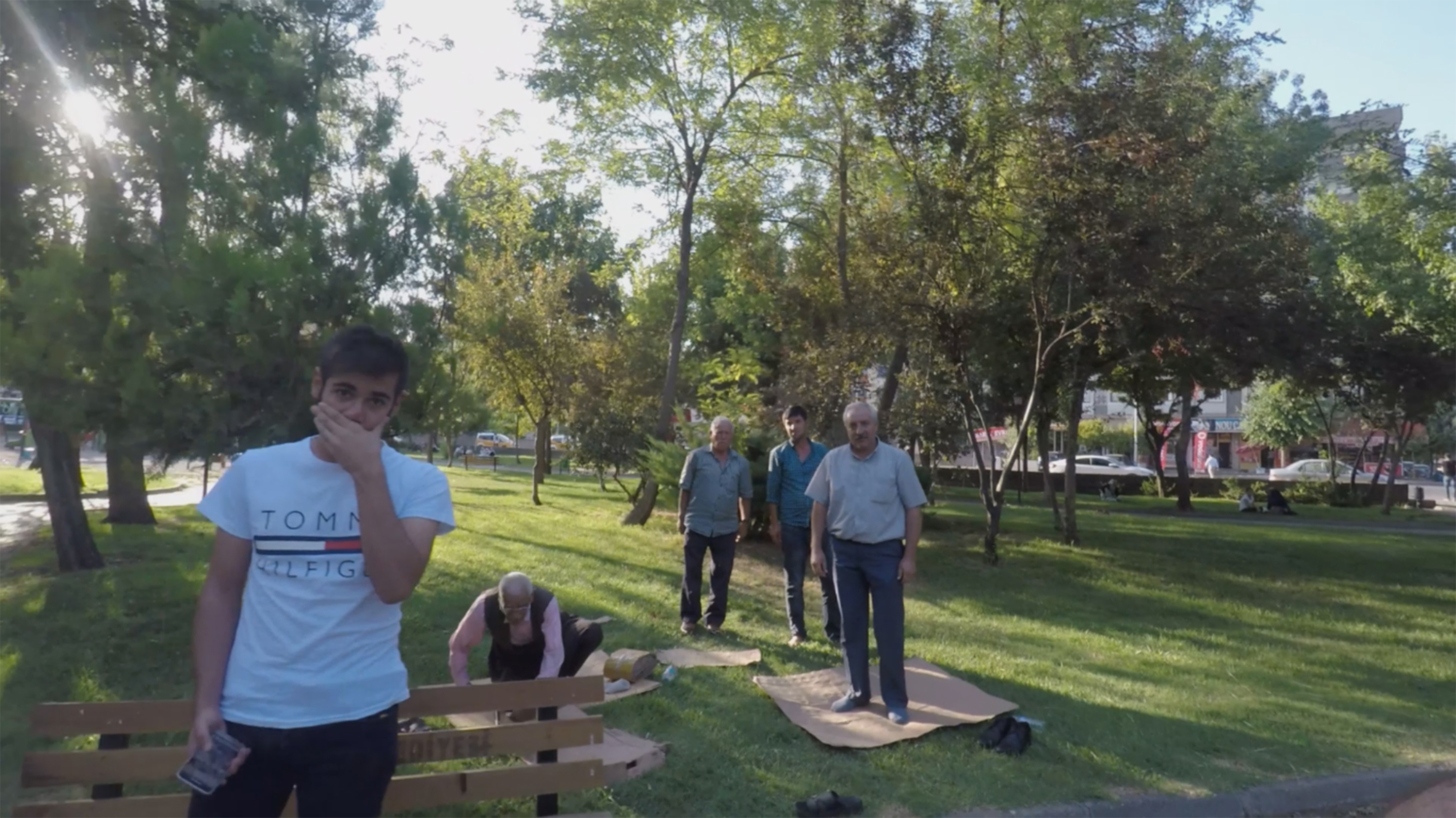 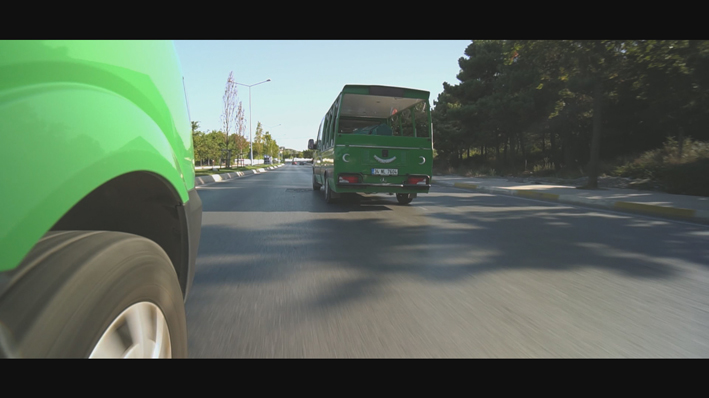 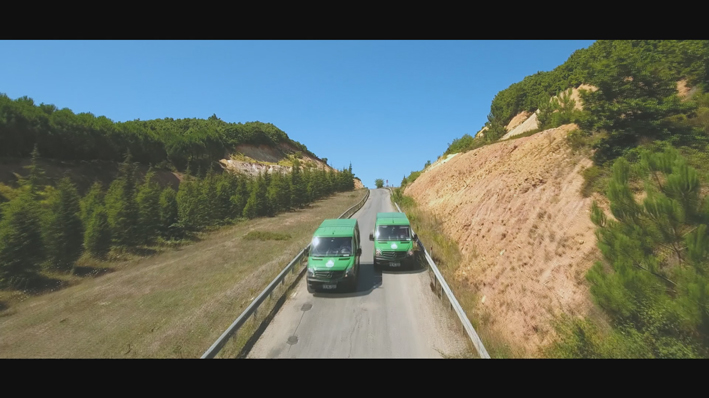 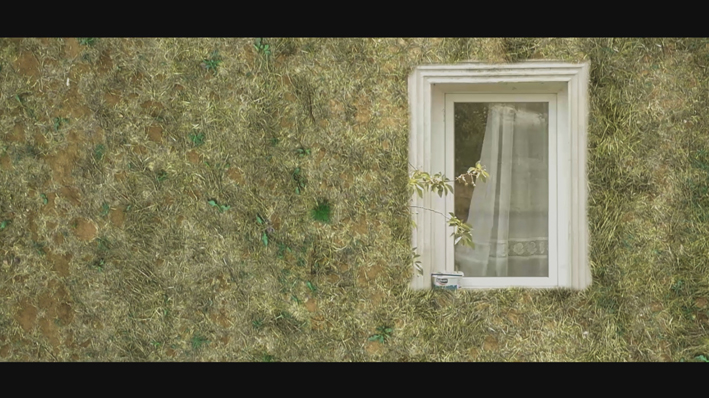 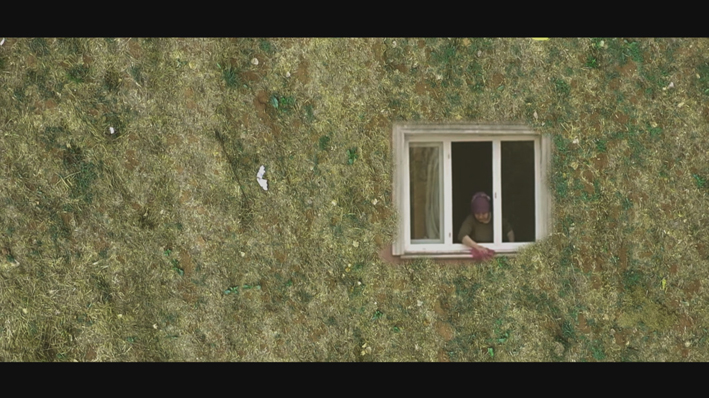 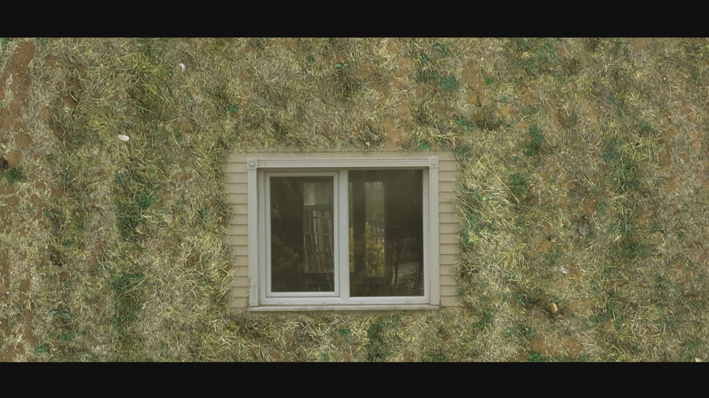