André Malraux’s work titled Le Musée Imaginaire/The Imaginary Museum (translated as The Museum without Walls), which has today gained cult status as a precursor of certain postmodern strategies, has often been considered an example of the infinite development of art. In this museum without walls created from ‘photographic reproductions’, the author demonstrates that, apart from removing the originality from art objects, mechanical reproduction also provides the potential to determine, even create, originality.

The potential of reproduction and mass-market production to eradicate distinctions of elite/popular-high/low, to elimiate the cult value of the work of art and to emancipate the work of art from the bonds of ritual was already being discussed in the context of the disappearance of the ‘aura’ of the work of art. Walter Benjamin also believed that art should assume a political function. The concept that, with the expanding resources of technical development, reproduction would provide the possibility of popularizing and, consequently, politicizing art, and thus reestablish its connection with life itself, was swiftly taken up by the avant-garde movement. Although it can be argued that this development freed art from its context, shattered artistic tradition, and destroyed the ‘aura’ of the work of art, artists at the same time were aware that new possibilities were involved. The context of the forward-thinking concept of ‘The Virtual Museum’ expanded. Art objects, no longer being copies of the real world, obtained a virtual existence in the digital medium, disassociated from their objecthood and transformed into information, and from the 1990’s onward began to be exhibited on the internet.

Today digital media has acquired a solid position in our daily lives. Technological advances, global mass media and the internet have influenced the ways we perceive art and has brought art within every person’s reach. As a result, the role of art and its existence have entered an important period of transformation and evolution. Today, the art can be experienced not only in museums and other cultural institutions, but at home, at work or everywhere with internet access and at all times. Thus, digital technologies have been quite instrumental in the development of discourses of art’s ‘accessibility’ and ‘democratization’. Art, from this perspective, has for a long time, been transformed from works that are fully developed aesthetic representations to acts that produce knowledge and create a field of communication.

Artists now focus not only on the final outcome, but on the process as well and view the creation of a work of art as an experimental and evolving process . By releasing art from being something produced for a specific social group, a confined object with a meta-value, this process has established art as a movement that points to a wider social context.

Beyond writing the history of art with their works or creating aesthetic forms, today’s artists focus on the political and economic roles physical or non-physical spaces such as virtual reality, the computer monitor or the web platform play. Clearly, with the increasing use of technology, the boundaries of art’s traditional categories have gained another dimension, and in a system of art where galleries and museums play a dominant role, alternative art movements have also begun to gain visibility. The technological possibilities surmounted the walls of the institutions and provided artists with freedom in their production, presentation, display, and communication. From the beginning, by providing the means to establish direct and interactive contact with the viewer and by making the display and discussion of the work easy, the internet offered artists limitless possibilities. The user has access on a global scale. It has a mass audience. Because of its perpetual flexibility, its ability to copy and reproduce, and (if one wants) its ease of removal, its inexpensive conditions for production and distribution, and because of its absolutely dynamic quality, the internet has brought to the art arena an almost heretofore unparalleled character.

The internet is seen today by artists as a domain that offers the ability to go beyond spatial and institutional restrictions; it sustains an existence as an autonomous environment where artistic products materialize and are observed, and discussed.

No matter how much the concepts of the information community and the information age point toward digitalization, all cultural fields are defined visually. Today, a large part of social life can be found on ‘monitors’, ‘windows’, and ‘interfaces’. In this process of digitalization, can one claim that museums and galleries are imposing a transformation into visual information on works of art? Is the ‘Imaginary Museum’ Project a sign of a future where art is rendered popular, imaginary and ahistorical? Or, can networks created through art be used to generate a new communal model?
Focusing on these issues, the interfacegallery.com project reverses the process of reversal, and carries out an investigation into the possibilities and limitations of a ‘return’ from the virtual to the real. The first exhibition in the planned series, Update!, has been designed as an intermediary-platform focusing on discourses of originality, methods of evaluation, supply-demand economics and the random inspiration provided by the ‘present.’

Nicolas Bourriaud underscores that art consists of a type of interference with spacial considerations that have achieved visual form. In this perspective, the curatorial choice of works submitted by artists who participated as users of interfacegallery.com, was developed around the issues of art’s production and change of location in relation to the issues of time and space.

With works prodcued in various media, the process of the relationship established on the internet, in front of a screen turning into ‘reception’ and the embodiment of this process in a physical exhibition space, resulted in the responsibility of the exhibition space being shouldered not by the artist but by the curator.

As part of the aforementioned responsiblity, not only was it necessary to research the autonomous spatial conditions of the exhibition, but also to take into account the fact that the majority of digital images whose proportions that changed according to the size of the monitor were ‘representations’. The risks created by the use by some artists of nicknames rather than their ‘real’ names in interfacegallery.com, and even by the ‘pseudo’ sensation created by some identities/works had to be taken . The reversal of classical curatorial methodology, the artist-centred work practice and especially decision-making and selection mechanism did not operate in the traditional manner. The method of construction for Update! was based on a work-based selection from interfacegallery.com’s digital collection, and thus made the research into and creation of new strategies a must via topics that ‘Contemporary Art’ has long turned its attention towards, including reality, the distortion of reality, the obscurityof truth, and the issue of representation. Fundamentally, the exhibition has ventured to carve out a temporary autonomous zone rather than an unchanging and fixed continuity via a communication network emphasizing the internet’s prominent role in organization/meeting/participation.

On the other hand, the selection had to emphasize a variety of media in order to draw attention to the changing practice of ‘viewing/reading’ when moving from a digital space to a physical location. In this vein, the exhibition became one where canvas paintings delimited by their frames and created by traditional methods and video productions that create their own area, digital photographic works that can be sized according to their venues and ‘site-specific’ installations encountered each other in this exhibition. During installation, observing how works such as muratgermen’s ‘panoramic’ photograph, bacak’s diptych canvas, tolgasv’s drawings/pictures, and ercanvural and hatice’s spacial installations came together to create one of the most cutting-edge experiences of how works initially viewed as digital images can transform spatial perception when brought into the exhibition space. In contrast to their ironical and sincere forms, when kutludamla’s ‘Venus’ toy-sculpture and el-gringo’s drawing notebook went from a digital environment to a physical space, they took their places in the exhibition with a museological presentation. As works that suggest to the viewer the potential risks of the ‘reception’ of spatial scale, colour and plasticity in digital imagery, feza and zekine kundukan’s figurative canvas paintings hold a distinctive place in the exhibit. In a similar manner, even though firatbingol’s Istanbul photo-collages and christina maria kulot, asli vural, edagecikmez and nesecogal’s works create their space within their own internal areas, the possibilities for spatial encounters are once more rendered visible around the dialogue they establish with the other works.

ozan, berkay tuncay and badem’s manipulations, formed of ambivalent frames of everyday life continue to nurture the tension between art and life not only at interfacegallery.com but in the exhibition space itself. The transformation in perception caused by the difference between the function of the monitor and that of the exhibition space is revealed in esra’s triple-surface installation, in the powerful work created by fikret gercik and larakami from modest materials, and the creation of an autonomous field of observation in the the video work of kıvılcım harika seydim, ozge enginoz and tahir un. To sum up, Update!, both the functional model generated by each of the selected works on the consequences of transition in time and space, and  the at times parallel, at times tense dialogue they create not only with the space but also with each other, proposes an approach focusing not on answers to be produced in the context of the entire exhibition, but on questions that may emerge.

Among the digital imagery on the interfacegallery.com site, indications of an expansion of the limits and the areas of freedom between discourses, and an attribution not of a ‘divisive’ but ‘equalizing’ quality to means of production that have resisted categories seem to support about the concept of democratization. On the other hand it must be taken into consideration that the specific form that nurtures each artistic production can only open itself to a ‘unmediated’ encounter with the observer in a physical arena. In this regard, a field of experience was created spontaneously via the difference, adaptability and potentials of curatorial practice and exhibition methods that develop the question on the temporal and spatial relation of artistic production and displacement.

Every system performs a reading of its fields of existence via its own predetermined outcomes. When the ethos of a certain field is shaken or threatened, the accepted system can also shift, and even be overturned. The attitude of artistic expression in terms of ‘boundaries’, participation and visibility created by the internet, its goal to enable unmediated representation, the possibility of bringing questions of the need for representation in the real world,and pursuing existence in a fluid manner. Even if we know that ‘everything contains its opposite’, we must remember that the phenomenon of art does not fall out of the sky into an ideological void. For this reason, aside from being the representational culmination of coming together or meeting, Update! is concerned with creating spaces where encounters can occur and where it can play the role of partner; thus the dominant message throughout many of the works is the goal to bring forth discursive diversity.

The title given to the exhibition, Update!, hints at the ‘temporary’ unity and continuity of artistic practices formed in motion and through participation, and the potential of new strategies. 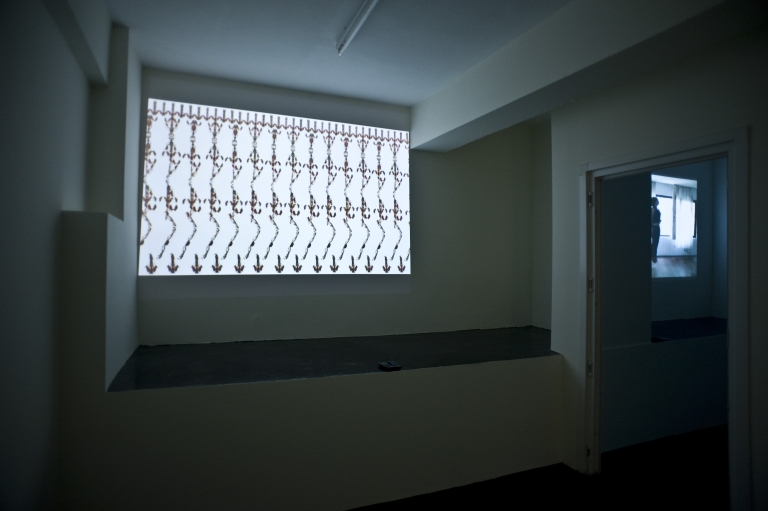 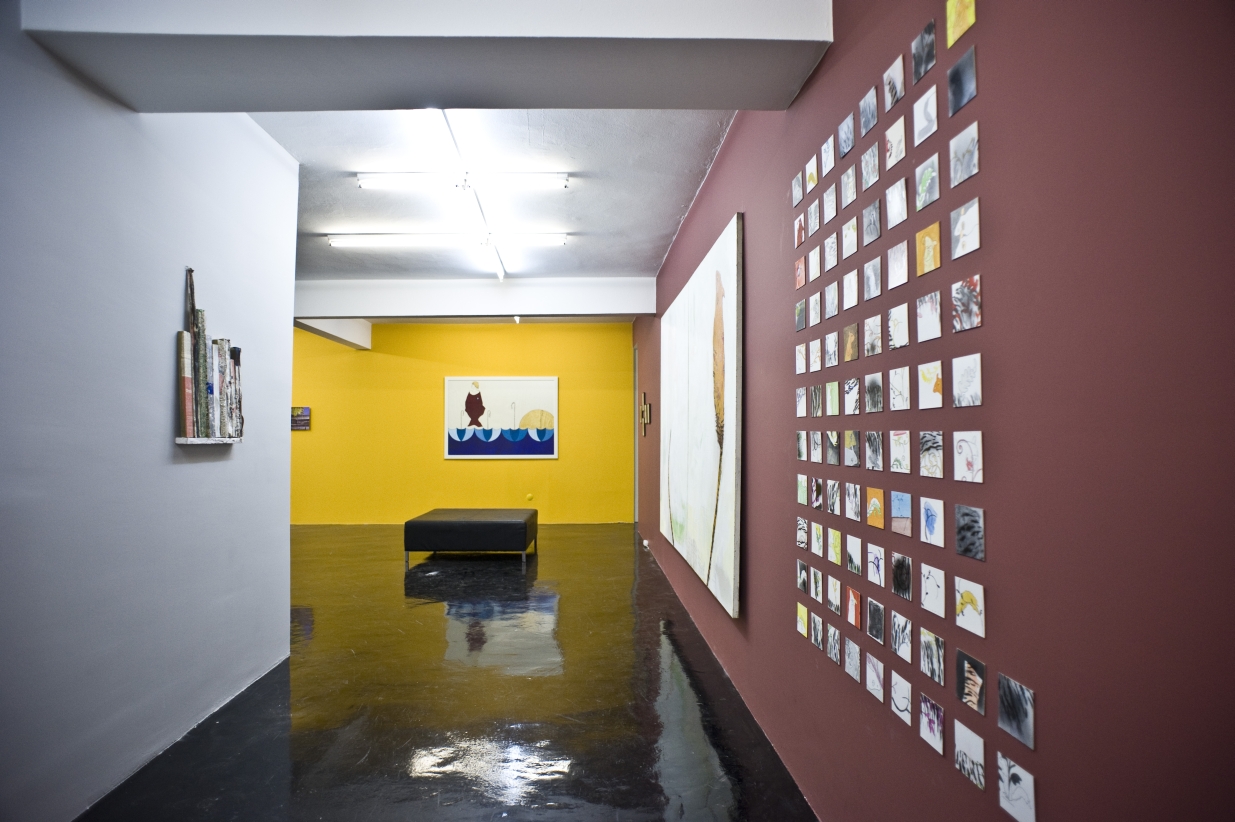 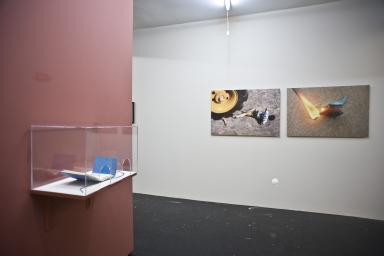 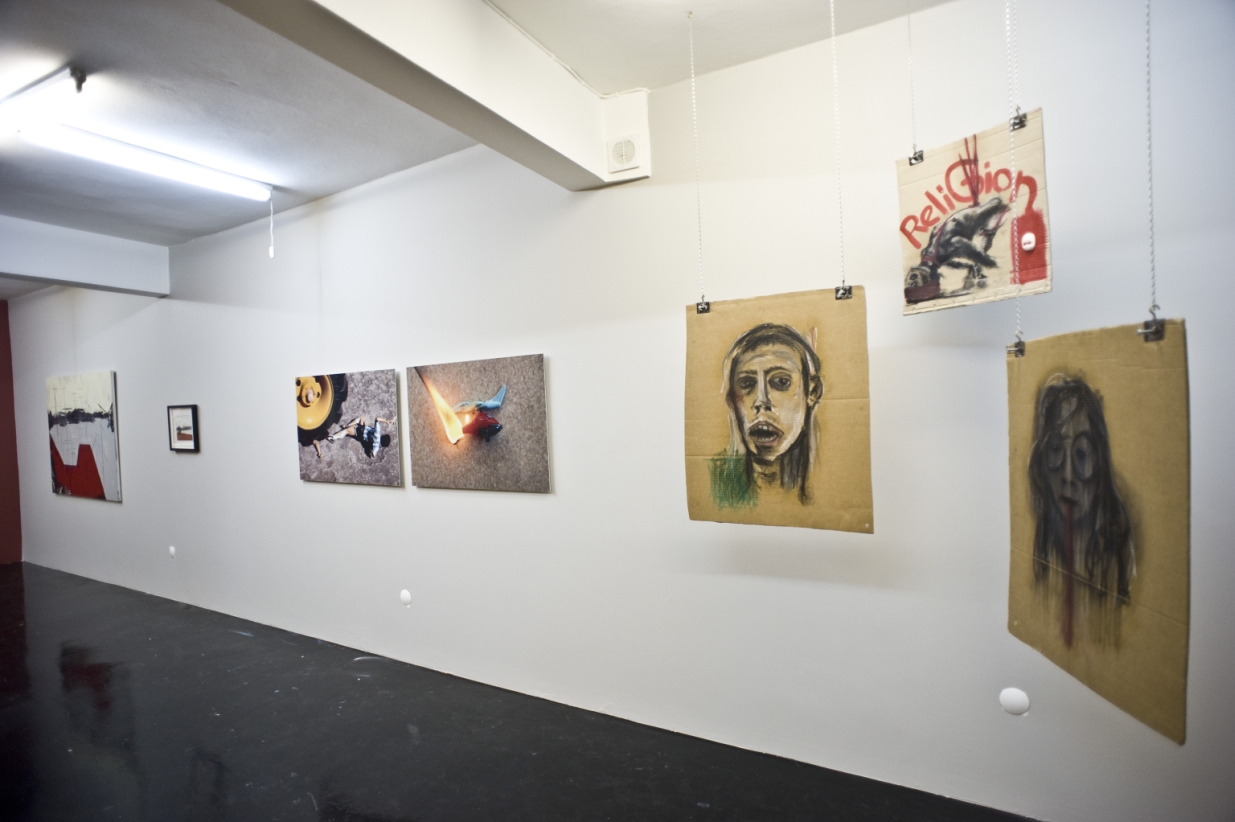 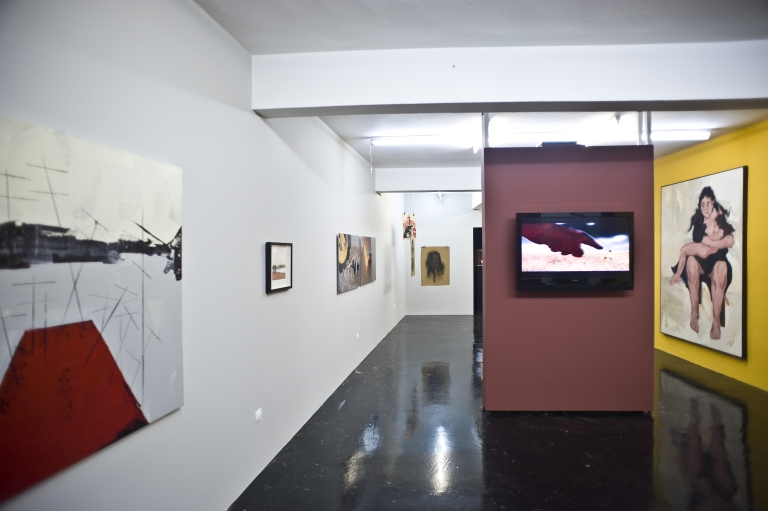 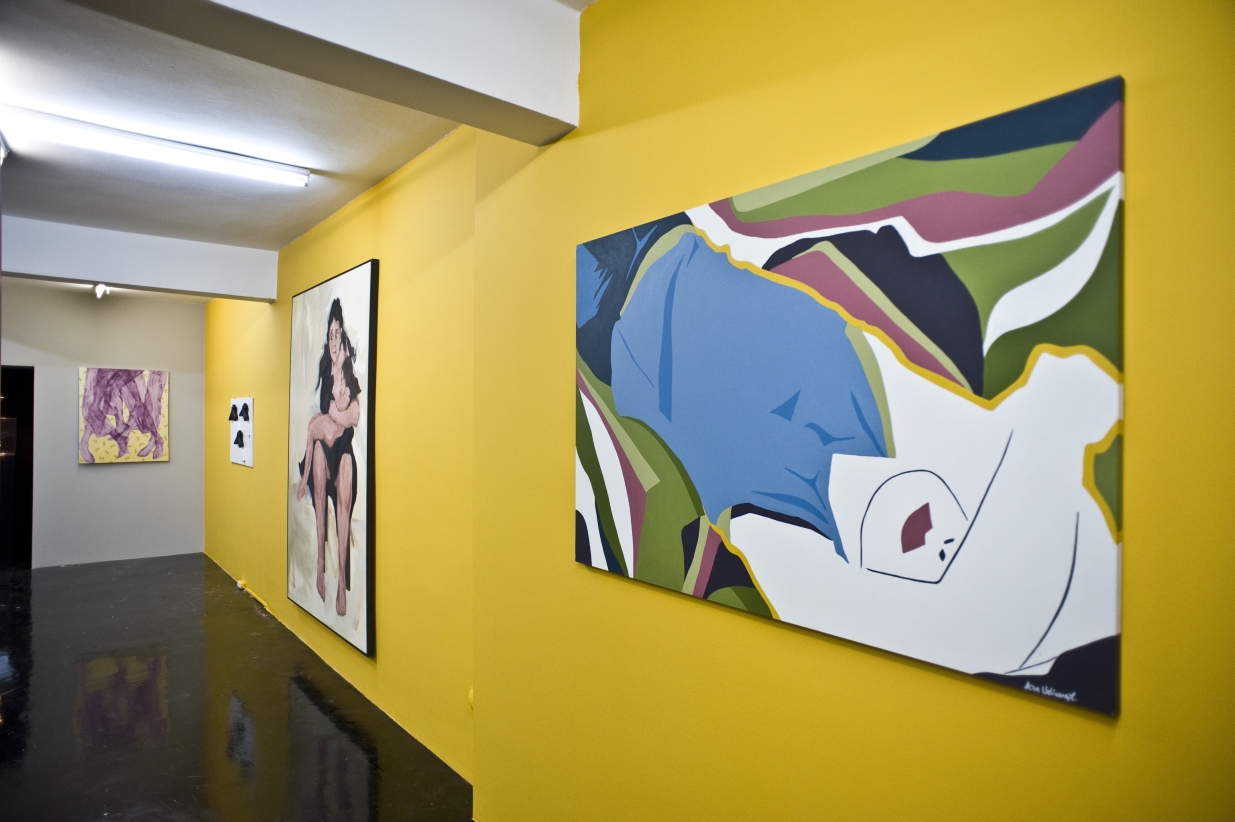 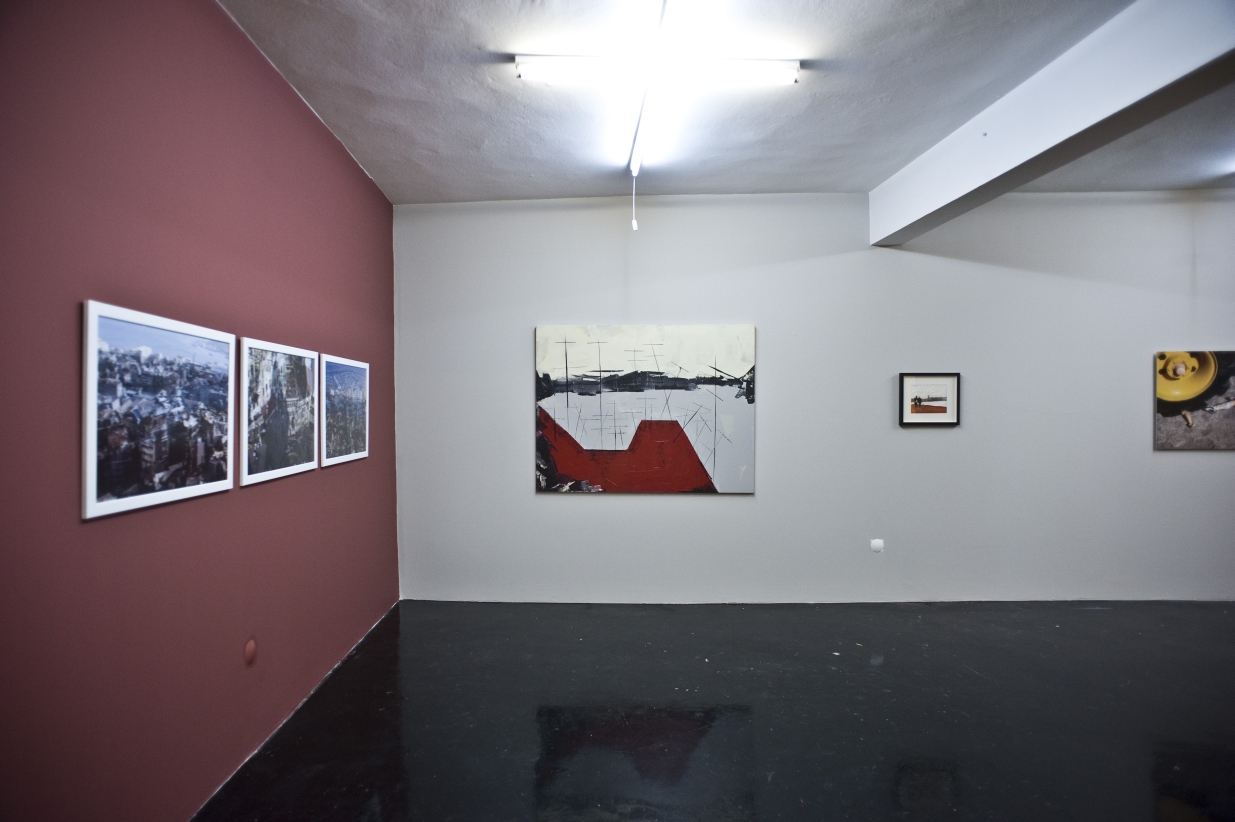 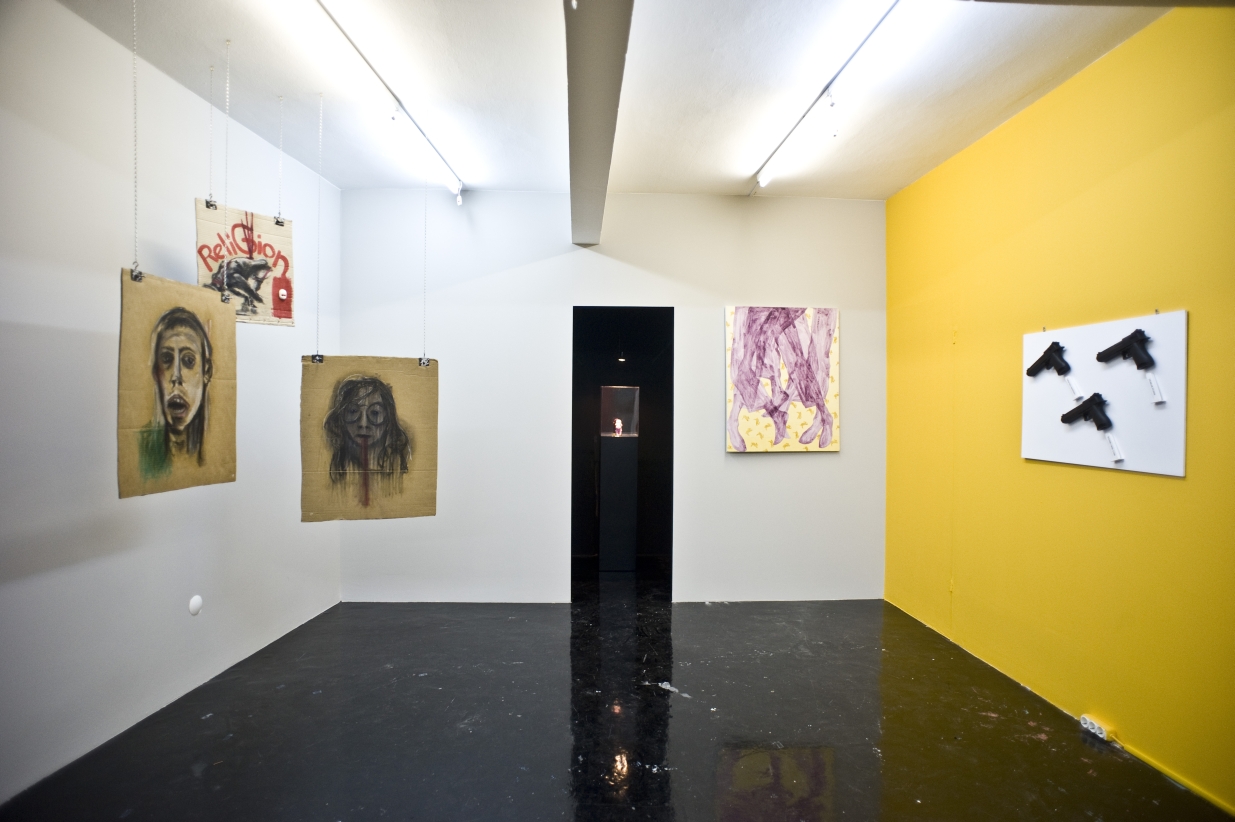 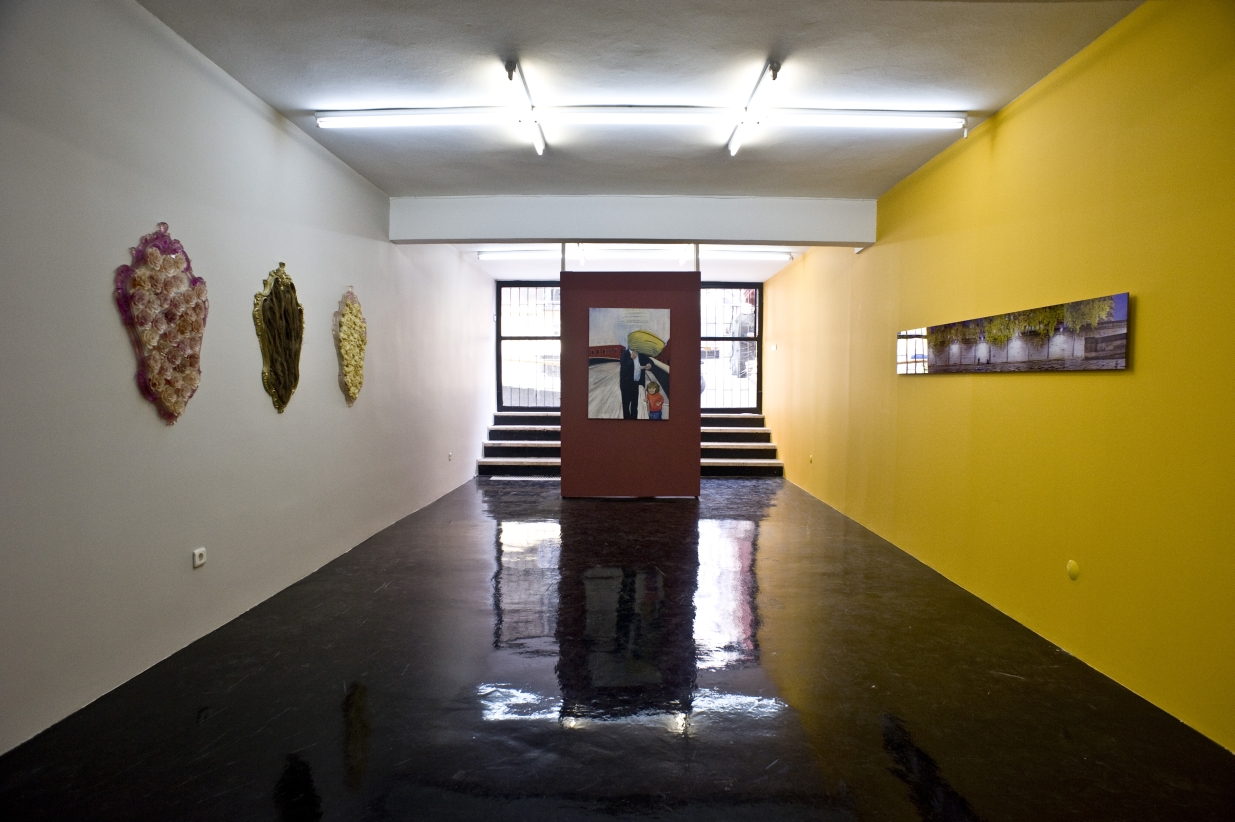 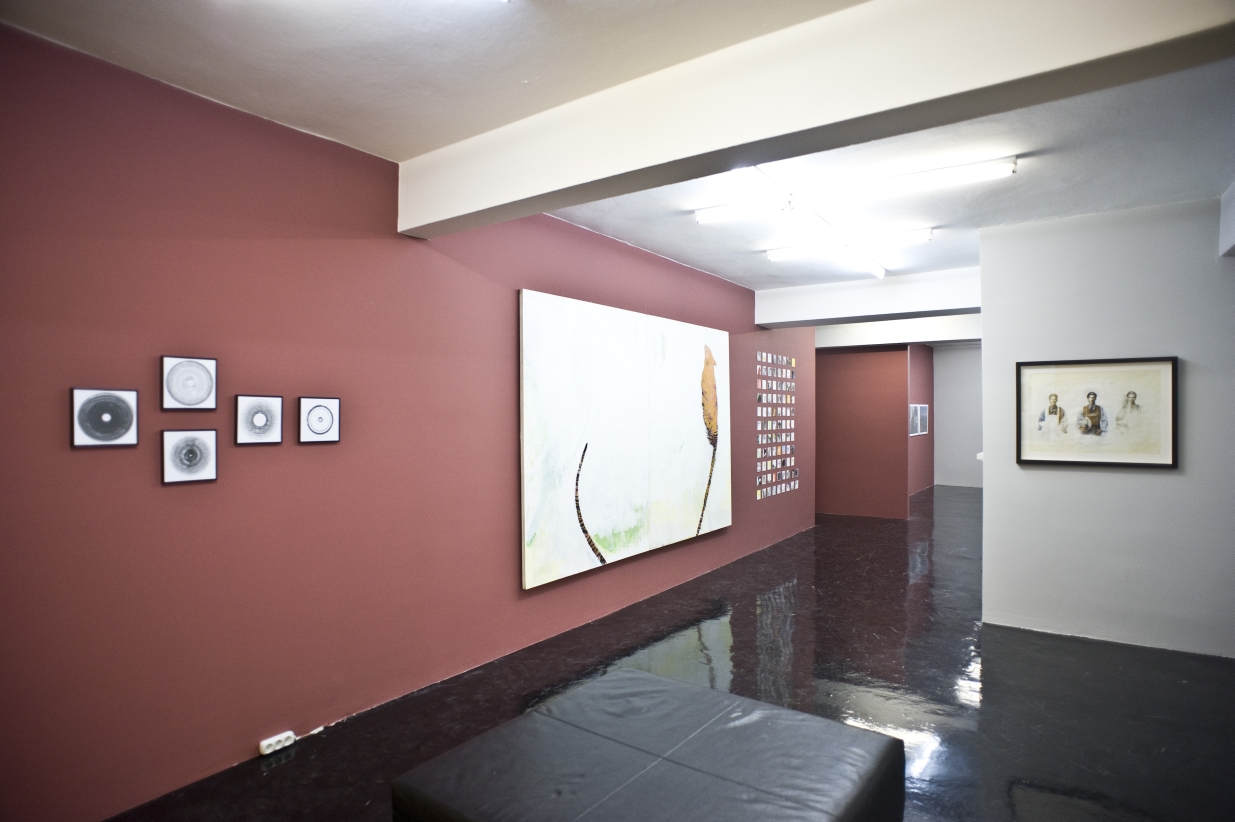 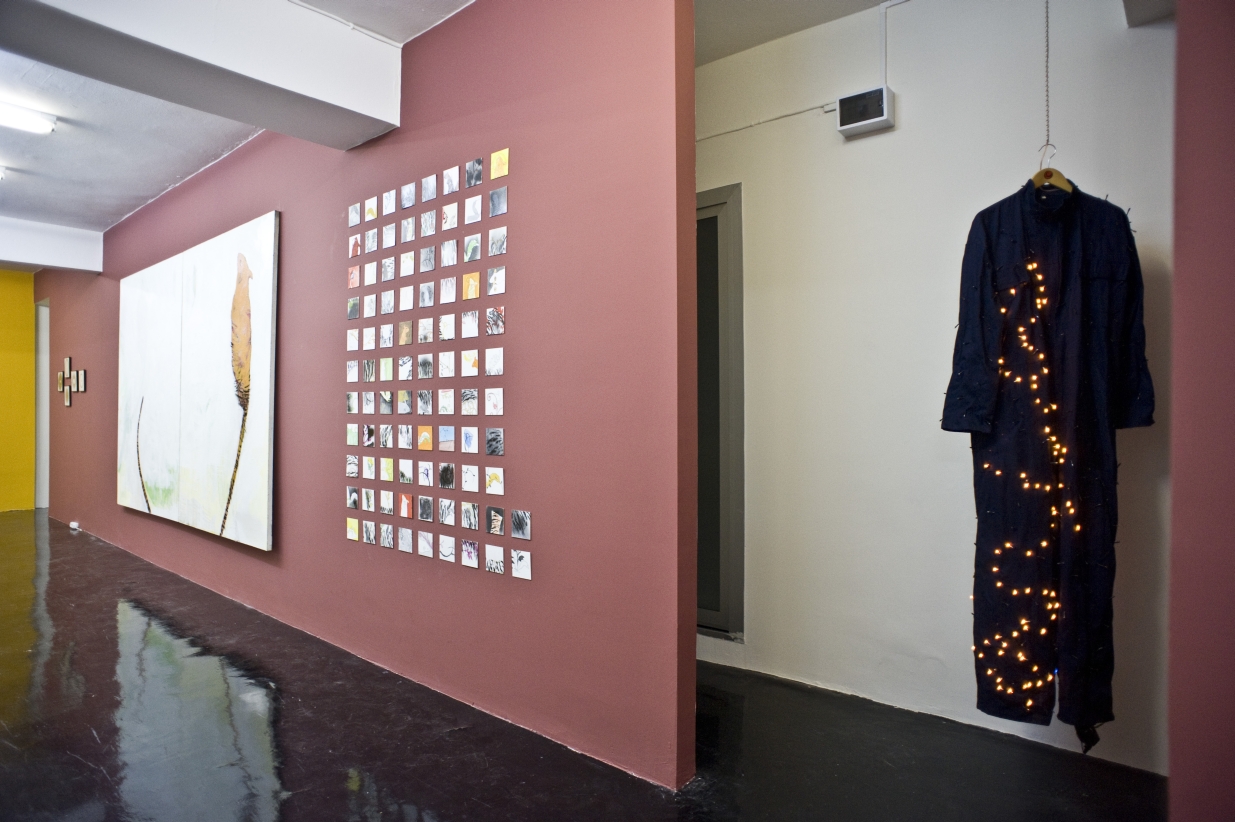