Modernisation not only accelerated the process of alienation of human characterictics but also made the human being the process of a sort of alienation fetishism created by things made by human himself, which gain function by itself and finally turn human to another being.
Nowadays, we come across the emotional situation defined many times and known by many of us . Being untamed concentrates on a line between concious and reality by owerflowing from industrial products and work process mentioned by Marx, exceeding to culture, sex and human relationships, selfdenial and phantasmas. Well, is this alienation triggered by the indefinition of this line a factor providing the forming and improvement conscious or the s.o.s callign of a conscious? The expedition named ‘Yabani’ designed on these kinds of questions and concepts is triying to leave the untaming concerns of the authors face to face with their inner pluralism

This expedition – creating a space for the questionning of the common untaming cumulated by everyone - of is defining the situation from individual to social conscience extisting only in it’s own nature and becoming alienated in another environnement. Untamed is defined as wilderness of animals and plants also defines as antisocial and lonelyness in turkish language. This word has paradoxycal meanings, alienation of human being to the nature or creating a new cultural environnement. While modern art questionnes the contradictions, the artist searches for his real space of reality not relative reality. Maybe changing in this changing world causes the artist to become an alien that can not be cured.

Başak Kaptan’s, ‘Ön Cam Hikayeleri’ is a two chaptered video created by animation technics. Audience is sightseeing the black and white Bhosphorus view form the front window of a car. These mobile objects with the sounds and left rubbish car ‘Serçe’ with dust and spiders is turning in to a stage. In the second chapter, the indispensable accessorises of truck drivers, various stickers are seen on the front window. As the orientalist expressions come along, the ‘alien” voice on the background tries to translate it. Both the situations explain how a culture is being alienated when the symbols of a culture are being translated into other language. Another video of the artist is a black white animation. In the movie, the pigeon flied by a family in a terrace is watched by an ‘eye’ from far. An ordinary moment of the family taken from time and brought to the gallery.

İlke Yılmaz, choses the famous actress Türkan Şoray who is the heroine of the Yeşilçam melodramas as an image. While this women/figure appearing as a part of Turkish culture, in de Yeşilçam movies ‘feminen’ as a symbol of sensitivity on the other hand comes as a strong character. In this point of view colorful fact of being a woman is ressembling with the chosen image. This photograph is supported by the rejoinder on the back. This voice is a french rejoinder from a movie played by Hülya Koçyiğit. In the dialog, a man goes visiting a girl in a french highschool but the girl recejcts to see him because of her proud, but listens undercover to the conversation between the young man and the teacher. This situation infact ressembles to certain moments of the artists life. The tissues wet by the tears of the artist refer to the feminine fragility and maybe to a sharp unreliability.

Sinem Baykal, discuss the new human nature created by modern civilisations and capitalizm with an installation. As the artist compares the sociological structure of ants to a machine-like robotised community, also designs a micro-universe ‘Mechanicalscape’ describing industrialisation and technology. ‘Mechanicalscape’ is expanded into computers, phones, metal and steel, constructions, factories, homes, space stations, sattelites to symbolise technology and industry. Computer is a space in which we live in and around. “The thing we see from out of space is the same that we can see on a computer” says the artist while creating a city map from reshaped computer parts.

Zekiye Sarıkartal, cares about the audience having an interrogative relation with her works while she creates using multiple ways and objects. The dramatic effect on her works defines the intimacy caused by acquaintance objects that can also be non auspicious. The artist has two photos in the expedition. The elements of ‘wild’ life have a similar relation with the concept ‘human nature’. Forms taken from this wild life are now extra noticable since their uniresable emptiness occur, other absenting they prove their presence with their emptiness and reminds the eternal deconnection between human an his own nature. The artist who questionnes the contradictions of being alienated to communuty searches for her space not the reality relative to these contradictions. The sense of alienation caused by the complex image created by common objects requires a known but complicated intuition. Indefinite of known, creates a non auspicious effect. 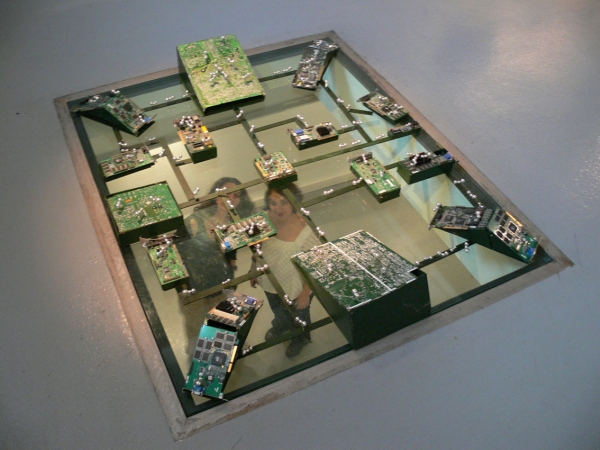 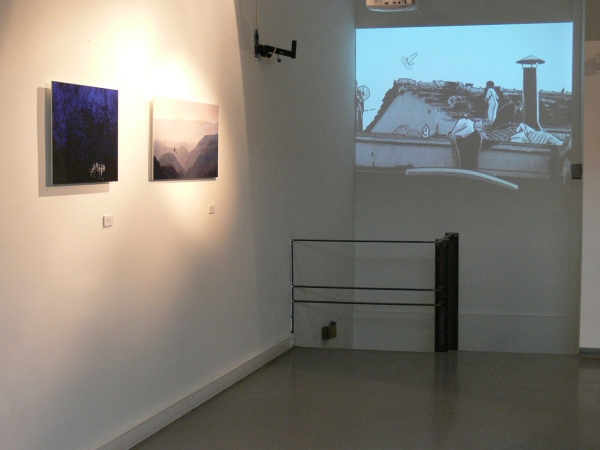 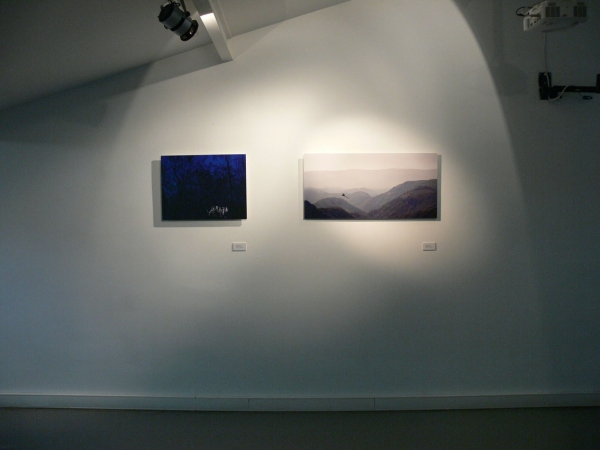 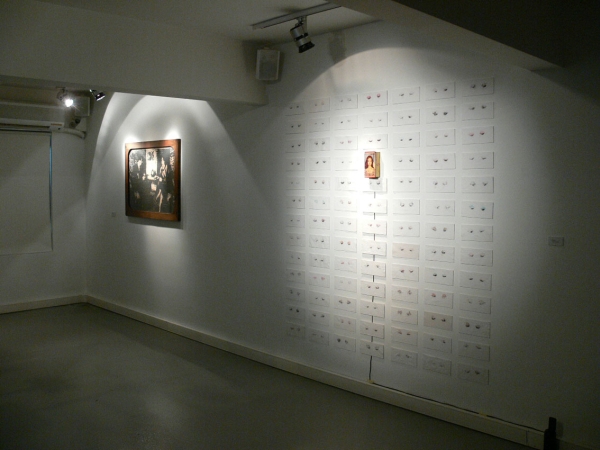 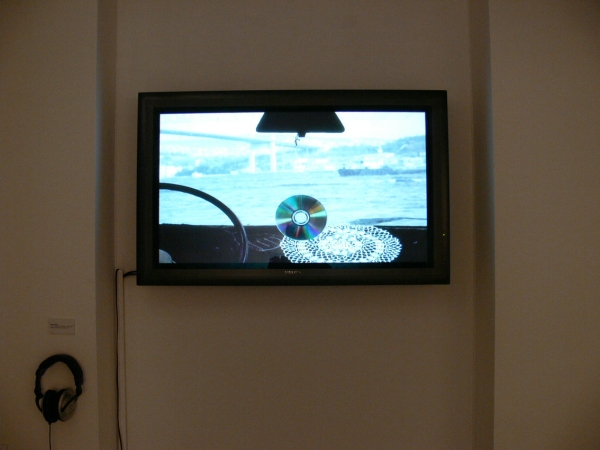 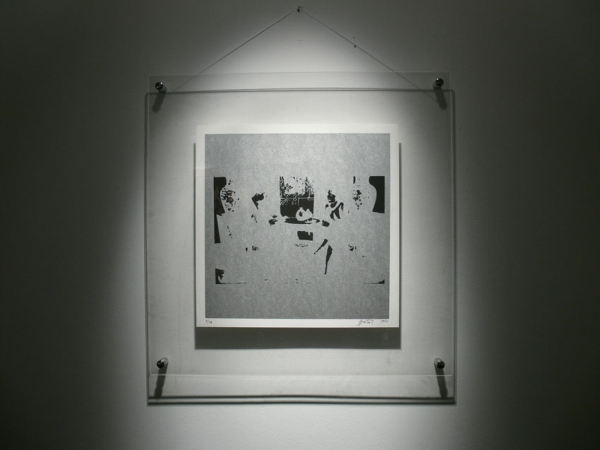 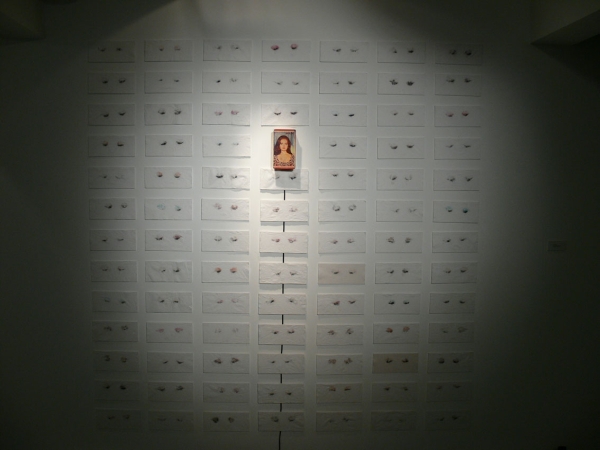 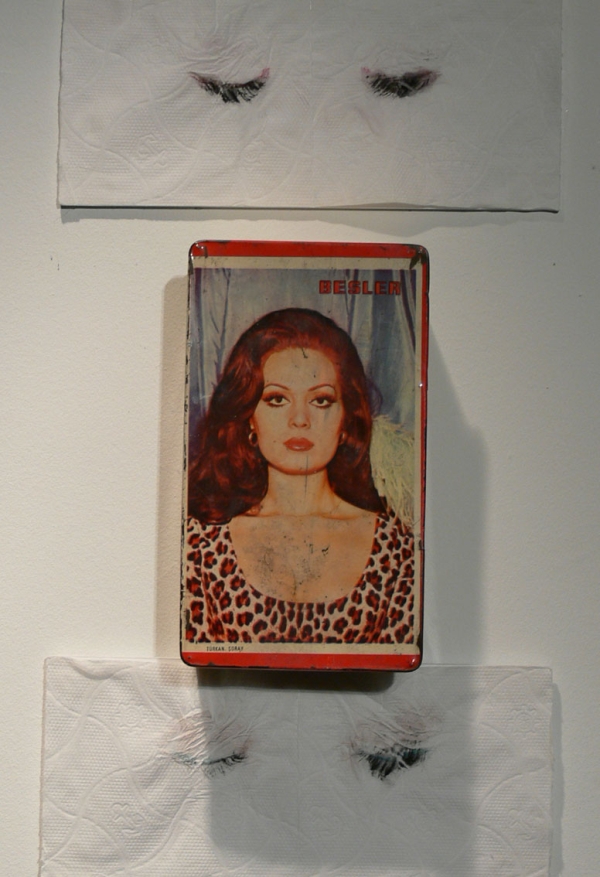 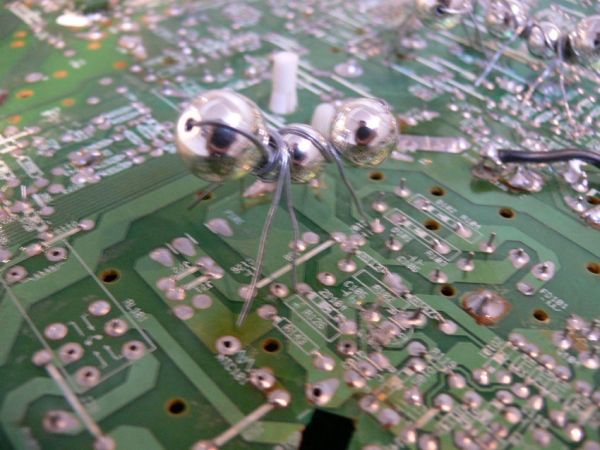